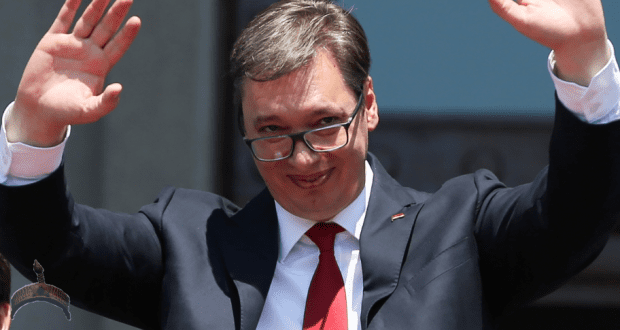 Posted by: BalogunAdesina in Breaking News, World News Comments Off on Sitrep Operation Z0V: Back to Hot Steel Rain

By Saker Staff for ooduarere via the Saker Blog

The Ukraine conflict is already a world war, given that the West is fighting Russia via its proxies in Kiev, Serbian President Aleksandar Vucic told local media on Wednesday.

Serbian President Vucic: “I know what awaits us. As soon as Vladimir Putin has done his work in Seversk, Bakhmut, and Soledar, after reaching the second line Slaviansk-Kramatorsk-Avdeevka, he will come up with a proposal. And if they [the West] don’t accept it, – and they won’t – all hell will break loose.”

On the Hot Front

🔻On the Seversk front:

Units of the Allied forces are fighting on the outskirts of Verkhnekamenskoye intending to reach the eastern outskirts of Seversk.

Clashes continue in the vicinity of Ivano-Dariivka, taking the settlement and the station is important for reaching Seversk from the south, as well as cutting the road to Soledar.

🔻On the Soledar front:

Soldiers of the 6th Cossack regiment of the LPR took the settlements of Novaya Kamenka and Stryapovka, reaching the eastern outskirts of Soledar.

Units of the Allied Forces are fighting in Yakovlevka.

The units of the Armed Forces of the Russian Federation are entrenched in the eastern part of Berestovoye on the Soledar — Lisichansk highway.

🔻On the Bakhmut front:

Russian forces are fighting near the village of Pokrovskoye. Together with the nearby Bakhmutsky, they are the last settlements controlled by the AFU on the approaches to Bakhmut from the east.

We have a naming problem from time to time. With translations, the names of the villages and areas frequently get mistranslated. (Eg. Kharkov in Russian is Kharkiv in Ukrainian, and Ilium in Russian translates to ‘Raisins’ in English machine translations).

So, for those struggling to follow, let’s repeat two simple maps for orientation:

Yes, the front line is on fire.  As we’ve seen before, there is a lot of quiet time, positional battles, rest and relaxation for soldiers and then hell breaks loose.

💥High-precision weapons of the Russian Aerospace Forces hit temporary deployment point of 14th Mechanized Brigade battalion manned by nationalists and foreign mercenaries near Chasov Yar, Donetsk People’s Republic. The attacks have resulted in the destruction of 43 militants and about 170 injured.

🚁💥Russian army aviation hit temporary deployment point of 97th Battalion of 60th Mechanized Brigade of AFU near Malaya Tokmachka, Zaporozhye Region, with high-precision missiles. The attacks have resulted in the destruction of 30 militants and about 37 injured.

▫️Conflicts and clashes with the use of weapons have increased among nationalist fighters. On July 13, more than 200 fighters of the 226th Kraken nationalist formation refused to follow the command’s order to move to the Kramatorsk area and claimed a “transfer” to the Kharkov city’ territorial defence. During the ensuing fight with the commanders and the ensuing gunfight, 6 militants were killed.

💥In addition, high-precision weapons of the Russian Aerospace Forces destroyed 4 command posts, including those of 61st Infantry Jaeger Brigade of AFU near Bereznegovatoye in Nikolaev Region and 80th Airborne Assault Brigade near Kramatorsk, 3 ammunition depots near Soledar, Tat’yanovka in Donetsk People’s Republic and Nikolaev, 1 fuel storage facility for military equipment near Kharkov, and 21 areas of manpower and military equipment concentration.

💥As part of the counter-battery fighting, 1 battery of multiple rocket launchers near Slavyansk, 1 platoon of MLRS near Nikolaevka in Donetsk People’s Republic, and 1 artillery platoon of US-made M-777 howitzers at firing positions in Pervomaiskyi in Kharkov Region were destroyed.

✈️💥Russian Aerospace Forces fighters have shot down 2 aircraft of Ukrainian air force in the air: 1 Su-24 near Slavyansk and 1 MiG-29 near Troitskoye, Donetsk People’s Republic.

💥In addition, 2 Tochka-U ballistic missiles and 6 rockets of Uragan multiple-launch rocket system were intercepted near Novaya Kakhovka in Nikolaev Region.

Yet, another shelling of Donetsk Center has just happened.  Here is the video:  https://t.me/russianhead/5253?single

Military summary at the end of day yesterday starts with, The Worst Nightmare for the Ukrainians has Started.

We remain with questions:

What is Mr Putin going to do in Iran next week in his talks with Raisi and Erdogan?

and, can we take Vucic seriously?

Serbian President Vucic: “I know what awaits us. As soon as Vladimir Putin has done his work in Seversk, Bakhmut and Soledar, after reaching the second line Slaviansk-Kramatorsk-Avdeevka, he will come up with a proposal. And if they [the West] don’t accept it, – and they won’t – all hell will break loose.”

Are we reaching an end phase of this part of the SMO?

Ukrainian propaganda is in full voice and that includes western propaganda.  Keep ‘yer eyes peeled.  Take in Larry Johnson’s latest:  “The speed of Russia’s advance appears to be accelerating. There are reports today that Russian forces are entering the outskirts of Seversk, one of the key strong points of the new Ukrainian defensive line. If true, the Russians are likely to achieve a strategic breakthrough in the Donetsk. What the gullible reporters and the morons who staff the CIA and DIA fail to comprehend is that Russia’s tactic of systematically destroying the air, armor and artillery assets over the past three months appears to have achieved Clausewitz’s culminating point–i.e., the point at which a military force is no longer able to perform its operations.” https://sonar21.com/western-media-and-military-analysts-still-dazed-and-confused/