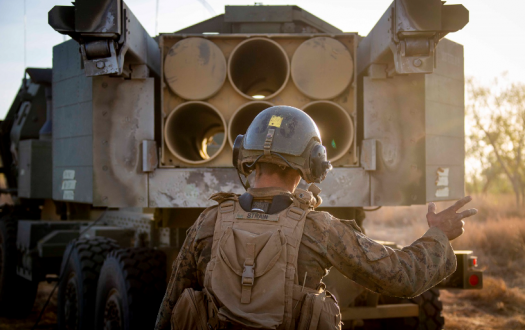 By Saker Staff for Ooduarere via the Saker Blog

The question went out .. what are the most important actions over the last week, and how do we present those?

Mr. Shoigu was number one, and this is how we present that by a machine translation from cont.ws:

ON ANY HIMARS THERE IS A POSEIDON. THE US QUICKLY UNDERSTOOD SHOIGU’S STATEMENT

The tactical pause that the Russian military took a little over a week ago is coming to an end, according to the American Institute for the Study of War. And here they were not mistaken: the head of the Russian Defense Ministry, Sergei Shoigu, ordered to step up efforts in all sectors of the front.

The key task is to prevent the Armed Forces of Ukraine and Ukrainian neo-Nazis from continuing to launch rockets and conduct massive attacks on residential areas and peaceful infrastructure of the People’s Republics of Donbass and other regions.

And then the question arises about the use by the Ukrainian side of the” intimidating ” American multiple launch rocket system HIMARS. Who manages these MLRS?

The Ukrainian military is only engaged in the protection of HIMARS. And they are controlled and attacked, including by objects in the liberated territories of Ukraine, by US and British military personnel. The Russian Foreign Ministry announced this officially. Captain of the first rank of the reserve Vladimir Yeranosyan also has no doubts about this. Most likely, the Russians in Ukraine are opposed by the Marine corps, which in Iraq received good shooting skills with HIMARS, the captain claims.

For some reason, we don’t focus on this publicly. However, Russia responded very simply to the supply of American HIMARS-we launched the Belgorod submarine with Poseidon unmanned torpedoes. By the way, she has already taken up combat duty, said Sergey Lipovoy, chairman of the presidium of the public organization “Officers of Russia”, in an interview with Tsargrad. This news was not advertised on all world channels, but those who need it already understand everything.

And after that, the rhetoric of Europe, Canada and America began to change. We were allowed to transport cargo to Kaliningrad, and Sweden lifted the ban on entering the ports of our ships that deliver fuel and food to Svalbard. They said, ” Guys, we’re overreacting. And this is only because our submarine, equipped with weapons that have no analogues in the world, has gone into the depths and no one knows where it is now,

– said Sergey Lipovoy. If we talk about MLRS, then HIMARS can be launched by the APU calculations, but under the supervision of American instructors. In this situation, we just need to find an “antidote”, the expert stressed.

It’s no secret that HIMARS have increased range and increased accuracy, ” Lipovoy continued. – The American assurances that HIMARS will be used exclusively for military purposes, and not for civilian objects, do not stand up to any criticism. We can see that in fact these MLRS are used specifically for the civilian population and for civilian objects. That is, America kills civilians and does everything to ensure that there is as much destruction as possible. And the death of civilians is at the hands and on the conscience of American politicians – first of all, President Joe Biden.

Of course, history will charge them for every civilian death. Because this is a war crime, a genocide against the peaceful Russian-speaking population. America is no longer even shy and actually says that it is waging war not with a mythical enemy, but with Russia. But this is done at the hands of NATO.

And here Ukraine turned out to be a bargaining chip, a pawn that was allowed to be slaughtered as soon as a special military operation began,

The Americans and NATO have stated that they will not participate in this matter in any way, but will do everything to ensure that the war continues as long as possible so that there is as much destruction as possible. So that the war goes “for the happiness of the Ukrainian people to the last Ukrainian”.

Americans are trying to control the fate of their weapons

Military expert Alexey Leonkov also commented on the information about the presence of foreigners in Ukraine at the HIMARS consoles in an interview with Tsargrad. According to him, there is indeed such operational information that along with HIMARS, American officers appeared in Ukraine, who manage MLRS.

In addition, there is also evidence that a certain number of US military personnel are engaged in escorting M777 howitzers and counter-battery stations.

That is, America, first of all, by handing over such equipment and weapons, is trying to control its fate in order to avoid the sad fate of some types of weapons that fall to us as trophies. And secondly, such officers can control the shooting. When receiving certain data, the Americans most likely do not share it with the Ukrainians, so as not to leak it,

– the expert believes. It turns out that the Americans secretly manage all these processes.

British officers can also be present there, but only if British air defense systems appear in Ukraine because no matter how much the Ukrainian press screams that they are easier to control than a game console, this is not true.

It remains only to add that our opponents, represented by the collective West, perfectly heard the warning of Defense Minister Sergei Shoigu about increasing efforts on all sectors of the front. The United States has already issued an urgent statement to all Americans on the territory of Ukraine: they say, leave, do not push your luck. Diplomats are also ordered to leave Odessa and Kiev. The stakes are rising, and Russia will not be deterred.

🔹 2 Mi-8 helicopters were destroyed and 2 more were damaged in the airfield in Novy Donbas (DPR territory);

The second place was taken by this piece by Andrey Martyanov and we take a quote from there but do read the full piece.

“Now, in more important news, after the meeting with State Duma leaders on July 7, which officially was primarily about upcoming elections, Putin reiterated their now well-known position:

Today we hear that they want to defeat us on the battlefield. Well, what can I say? Let them try. We have already heard a lot about the West wanting to fight us ”to the last Ukrainian.“ This is a tragedy for the Ukrainian people, but that seems to be where it is going. But everyone should know that, by and large, we have not started anything in earnest yet. At the same time, we are not rejecting peace talks, but those who are rejecting them should know that the longer it goes on, the harder it will be for them to negotiate with us.

It is more than position, it is Russia’s MO for the last 15 years and it is the one in which every next offer from Russia will always be much worse for those who didn’t accept the previous one.”

Andrei, (The Saker) calls this phenomenon The Pain Dial. On the front, the Russian forces are double-timing it. Take a look at the report – https://t.me/mod_russia_en/2803.

Rybar created a special report on Avdiivka which you can see here:  https://t.me/militarysummary/698

Then, we looked at many various commentators, and we still stand by Military Summary, flaws and all.

With cities and villages falling, here is a good rule of thumb to follow. You can only take it seriously when you a) see the flag go up, i.e., pictures, and b) the MoD or reliable local authorities report.

Drips of information from Iran are coming through but let’s wait until there is some formal information. Already fascinating is a comment from Peskov this morning:  Russia, Iran to shift away from estimating trade volume in dollars, says Kremlin