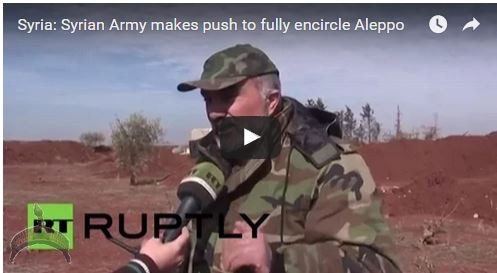 Posted by: Lolade in World News Comments Off on Video: Syrian Army Cuts Off Supplies Lines to Aleppo Militants