“For those confused by what I actually said in Russia, and seek to distort it (such as the ridiculous suggestion that Poland invaded Russia with Hitler in WWII!)—Here is the actual interview that I did with Vladimir Posner—https://vimeo.com/111675614.

As to any confusion about WWII, yes Germany attacked Russia— and many fascist and anti-Semitic Romanians, Hungarians, Bulgarians, and Ukrainians fought on the Nazi side.

Reactionary Poland did invade Russia during the bloody Civil War seeking to turn back the Revolution of 1917. All this is available as ‘true’ history in the 12-hour series “Untold History of the United States” by Peter Kuznick and myself.

It is a long tortured history and, given the amount of bloodshed, high time to move beyond these anti-Russian feelings. As the conservative Kissinger said, hating Russia is no substitute for foreign policy. Grow up. Put aside what your parents told you (I grew up that way)– and think for yourself.

See following links on Putin’s World Order speech, unbelievably ignored by American media– and a little more detail on the hysteric anti-Russian paranoia of the Polish Brzezinski and family. Is it possible this goes back a 1000 years to this clan’s hatred of the Russian Orthodox Church’s split with Rome? It runs in the genes I guess. Emotions vanquish reason. But of such is history made.” 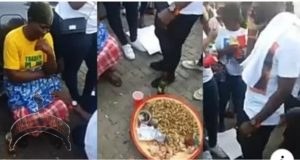