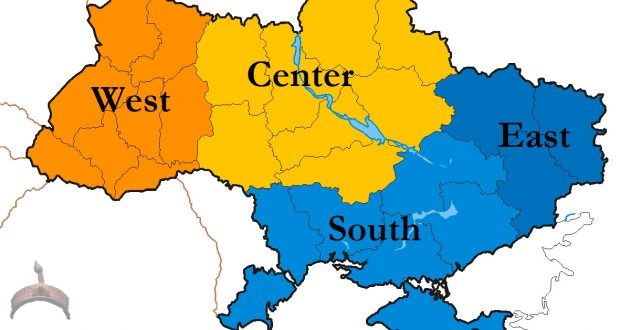 Posted by: BalogunAdesina in World News Comments Off on Why The Ukraine Is Not A New Afghanistan 

By Batiushka for Ooduarere via The Saker blog

There’s an east wind coming all the same. Such wind as never blew…. It will be cold and bitter….and a good many of us may wither before its blast. But it’s God’s own wind nonetheless, and a cleaner, better, stronger land will lie in the sunshine when the storm has cleared.

Poor and mountainous Afghanistan is at the centre of the Eurasian Heartland. Around it, in clockwise order, lie Russia with Russian Central Asia, China, the Indian Subcontinent and Iran. As a result of its geographical position and despite its inhospitable terrain and the poverty of its natural resources, Afghanistan has been at the centre of wars ever since the first of the three failed British Afghan Wars in 1839. Then the 16,500 invaders of a Victorian Army were massacred by the Afghans, leaving fewer than ten survivors. Since then it has become known as ‘The Graveyard of Empires’.

All three empires lost because they tried to impose a de facto atheist ideology on a strictly traditional society, which sincerely holds its Muslim beliefs, however alien they may seem to the atheistic, British, Soviet or American atheist invaders. When a people fervently adhere to its own civilisational traditions and values, it cannot be defeated by anyone. For this reason, it is said that Afghanistan is easy to get into, but is very difficult to get out of. Thus, the Americans ran away, just like the British before them.

Ukrainians love to socialise, joke, sing and dance. They also love outward show and decoration. They are sometimes accused of superficiality, materialism and the false sense of entitlement that provincials are tempted to incline to. Their temptation is to say: America is with us. Glory to the Ukraine! The best post-Soviet Russians say: God is with us. Glory to God! There is a difference. If all Russians say the same, they will win, just as the Afghans won against the atheists. When a people fervently adhere to their own civilisational traditions and values, keeping their own identity, it cannot be defeated by anyone. Vietnam proved that.

Thus, we have two quite different and incomparable countries: Afghanistan at the centre of the centre and the Ukraine on the Western margins – which is what its very name means. The Afghans live in inaccessible mountains, the Ukrainians on open steppes. The Afghans have a very strong identity, even if, like other mountain-dwellers, as in the Scottish Highlands or the Swiss Alps, they are divided into fiercely different and warring tribal clans and different languages according to the valley they live in. However, the Ukrainians in their open land are swayed one way and another, largely depending on who makes the best offer, and on what way the wind blows and the tide flows.

The USA has constantly tried to chip off, occupy and control marginal pieces of Eurasia, islands like Iceland, the British Isles and Ireland, Japan, the Philippines and Taiwan, and peninsulas like South Korea, South Vietnam and Western Europe. In 1975 it was humiliated and chased out of South-East Asia when Saigon was at last liberated. Other areas it occupies, like Taiwan and Korea, are under threat. In 2021, after it had dared to occupy not a marginal area, but the very centre of the Eurasian Heartland in Afghanistan, it was humiliated and chased out. It was a classic example of hubris and overreach. ‘We’re American, we can do anything. Actually, you can’t.

Now the USA is trying to cling on to Western Europe by shoring up its literal borderland, the Ukraine. This is one of the last US attempts to keep power in Eurasia. The USA fears Eurasia, for Eurasia is much stronger than it and the USA is isolated on its big island, placed, as if for quarantine, between the Atlantic and the Pacific. One day it will reluctantly be forced to admit that Eurasia is geographically indivisible, however much it tries to divide it politically and occupy it militarily. Then it will retire to its isolation on its big island, rejected by Afro-Eurasia, Oceania and Latin America, and start doing some very serious soul-searching about its own history. It is called repentance.

The USA has been expanding eastwards across the Atlantic for over three generations now. It has controlled the UK since 1942, from where it invaded the rest of Western Europe in 1944 and invaded Central Europe in 1989, using puppet elites, making assassinations and fiddling with elections. Portugal under Salazar, Spain under Franco, Italy under every possible fraudster, Greece under the Colonels, France after it deposed the Last Frenchman, De Gaulle, and the UK under the Conservatives, are only examples of its manipulations. The list of US assassinations is endless: Dag Hammarskjold, Aldo Moro, Olof Palme. See:

Exactly a generation after taking over Central Europe in 1989, since 2014 the USA has been trying to expand into Eastern Europe. We are now at an irreversible point. History books will be written as events ‘Before 2022 and After 2022’.

Today, Ukraine is being demilitarized and denazified. Like Crimea, the two provinces of the Donbass are nearly liberated, as also are the two provinces of Kherson and Zaporozhie. How much further the Russian Federation will go is unclear, but the existential threat to Russia posed by a US-governed Ukraine is being crushed. For the moment the Kiev puppet regime, that is, the USA, ‘is not ready to talk to Russia’. And yet diplomacy resulting in a fair division of the Ukraine is the only way out of this. A former Romanian Foreign Minister has just put it very well, speaking of current Ukraine’s ‘unnatural borders’, which are at the root of all the problems and have provided the USA with its excuse for this dreadful war:

If there are no peace talks, Western Europe will go bankrupt, freeze, starve –and then revolt against its American feudal lords who tyrannise their European vassal-states from their camp-castles: Ansbach, Stuttgart, Wiesbaden, Vicenza, Bondsteel, Ramstein, Aviano, Lakenheath, Mildenhall, Rota, Souda Bay, etc. See:

The real centre of things today is not the proxy war between Russia and the USA being fought on the battlefields of the Ukraine and elsewhere, from Syria to Armenia, it is in Western Europe. This peninsula can no longer continue to be colonial-minded. It has to become civilised enough to realise that it is only a part of Eurasia. It is divided from the USA by far more than the Atlantic Ocean. It is worlds apart. Only when Western Europe understands this, will it survive. Its survival plan and its destiny are to become a part, an important part, but still only a part, of Eurasia. It has to stop looking westwards into the empty sea and instead turn eastwards to the people-filled land.

After many years of rather silly political dithering, Belarus has recognised that its destiny is in Eurasia. Kazakhstan is still dithering but is in the process of recognising reality. The New Ukraine will recognise it too. Hungary is already on the point of doing so. Substantial parts of Central and South-Eastern Europe, notably, but not only, the Balkans, will almost certainly recognise it given time. Then it will be left to countries like the Baltic States, Poland, Czechia, Slovakia, Croatia, Slovenia, the Nordics and all of Western Europe to the west of the old Warsaw Pact line, right up to and including the British Isles, Ireland and even Iceland, to turn on their brains and follow.

As we have said, we have two quite different and incomparable countries: Afghanistan at the centre of the centre and the Ukraine on the margins – which is what its very name means. The Afghans are fiercely traditional Muslims, the Ukrainians are more happy-go-lucky pleasure-lovers. However, one thing they do have in common: They are both Graveyards of Empires. Afghanistan is the Graveyard of Three Empires. The Ukraine, very specifically, is the Graveyard of Two Empires, the Nazi Empire and of the Neo-Nazi Empire.

Previous: Statement by Permanent Representative Vassily Nebenzia at the UNSC meeting on the Protection of Civilians in Armed Conflicts 
Next: Does A Sleepover Mean We Will Probably Have S*x?