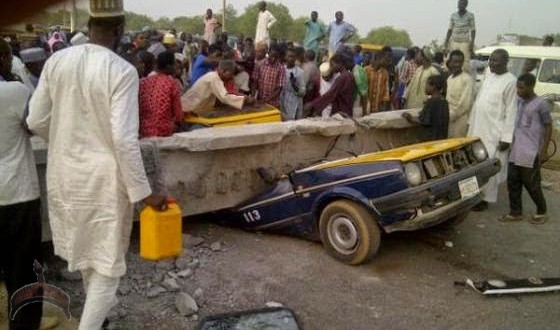 The Kano State Police Command said that it had started investigation into the cause of the collapsed bridge that killed seven persons in Kano on Sunday. 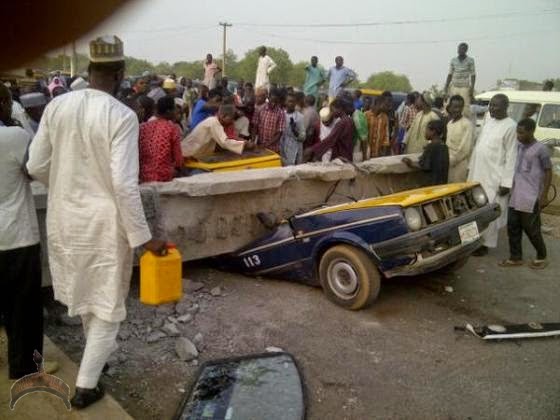 Also, the state Governor, Rabiu Kwankwaso, said the government would force the contractor handling the project to pay for the medical bills of the injured victims.

The contractor, the governor added, would also be forced to pay compensation to families of those who died in the incident.

The command’s Public Relations Officer, ASP Magaji Majiya, who spoke with our correspondent on Monday, said that the police was interested in knowing the cause of the collapse in order to stop recurrence of such a tragic incident.

He explained that initial reports showed that the driver of the ill-fated cab driver’s disobedience to an instruction by workers at the site not to drive under the bridge was responsible for the tragedy.

Asked whether the contractor handling the project would be invited for questioning, the PPRO said further probe would determine that.

While sympathising with the families of those who lost their lives, the state governor also prayed for the speedy recovery of the injured, who were receiving medical attention at the hospital.

In a press statement, signed by Ibrahim Dantiye, who is the Director of Press to the Governor, Kwankwaso, vowed to ensure that the company handling the project adequately compensated the victims and their immediate families.

The governor also called on the public to be patient and continue to obey law and order so as to avoid disasters.

Kwankwaso also called on other companies handling construction works in the state to execute their projects in such a manner that would ensure minimum discomfort to road users.

The Kano Police Command had on Sunday confirmed the death of not less than seven persons, following the collapse of a pedestrian bridge at Dorayi quarters in Kano metropolis.

Majiya, who confirmed the collapse of the pedestrian bridge, disclosed that the incident happened around 4.45 pm on Sunday when the bridge, still under construction, caved in and collapsed on the ill-fated taxi.

“It should be noted that the workers on site forewarned motorists not to use the bridge as construction work was ongoing but the driver of the taxi was said to have ignored the warning,” he said.