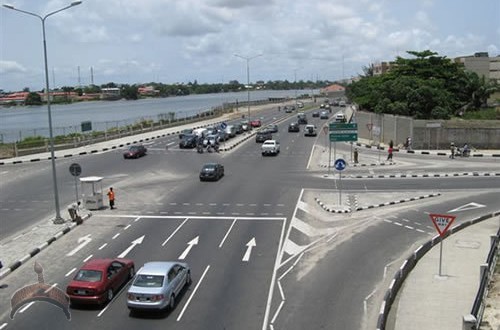 Lagos: Governance On A Free Fall

Posted by: Lolade in Breaking News, Politics Comments Off on Lagos: Governance On A Free Fall

I’m cock-sure John F. Kennedy and former Vice-President Richard M. Nixon were not concerned about winning a political battle or outsmarting one another in Sept. 26, 1960 when the duo participated in the first televised presidential debate in the United States. To them it was not about pride, oratory or fashion. It was a moment to outline in clear terms their understanding of how their society works; the problems that is at hand and the problem that is to come; solutions to these problems; policies to be implemented and bills to write.

The idea of having a debate either at the federal or state level is not borne out of any attempt to disgrace any contender but to expose their understanding of the society they wish to govern so as to enable the electorates make wiser and informed decision. The erstwhile governor of Lagos State, Babatunde Fashola concretized the importance of having a political debate saying: “Debates help you to test the candidates and be able to form an idea; that this candidate has an idea of what the problems are. Those are the things that help people to make choices.”

Alas, during the last governorship election in Lagos State this critical part of the electoral process which has become a sort of tradition in the state since the maturity of our democratic process was jettisoned on the altar of ulterior motives.
How we gave a state with a Gross Domestic Product (GDP) that equates that of the entire oil producing country of Angola, doubles that of Kenya and far above the combination of Ghana, Tunisia, Benin, Togo, Mali, Ivory Coast and Zimbabwe altogether out without proper scrutiny beats my imagination.

Every call for a debate was met with absence from the governorship candidate, Akinwunmi Ambode and all attempts made to have him read out his plans for the state was either scuttled by nonappearance or ironically aided with phrases like ‘we have a track-record’ by Fashola- the same advocate for debate. Ambode’s incompetence was ferociously guided by the ‘Bourdillonian forces’. This, Lagosians and residents of the economic and commercial capital of Nigeria may be on a road to pay dearly for.

To say Ambode’s 100days in office has been tragic will be an understatement. For a state that has positioned itself as the hallmark of excellence not just in service but governance celebrating 100days in office with donations of security vehicles and signing of some Certificate of Occupancies (C of O) when it is not as if the state is bereaved is rather belittling and retrogressive.

A flashback to Fashola’s 100days celebration shows a sharp contrast between a competent fellow and a charlatan. In 100days, Fashola completed the Phase 2 of the Adetokunbo Ademola road in Victoria Island and constructed the Pedestrian Bridge at Sanya Bus Stop on Apapa Oshodi Expressway. The purchase of 100 Bus Rapid Transit (BRT) Buses, dredging and rechanneling of the Ikpakodo-Ibeshe-CMS-Badore-Ijede route for waterways transportation, setting up of the free health services and the Eko Free Malaria Treatment were all achieved during these 100days. If my memory serves me right, I believe it was at that time the Eko Micro-finance initiative that gave loan of 250million naira to small scale enterprises, the Mortgage scheme with 10% interest rate and the famous cleansing of Lagos from miscreants and thugs were achieved.

Rather than face the task of governance, Mr. Ambode seems to have found comfort in social engagements and gatherings, courting for himself the appellation “Yuppy Daddy” amidst fellow ‘nightlifers’. The Ago Palace way in Okota has continued to be an eye sour with daily records of accidents on the deplorable road. Ditto the Ilaje road in Bariga, Ashimowu Bakare Street in Surulere, and the Muyiwa Opaleye Street in Aguda amongst numerous others across Lagos State.

As if the miscreants and hoodlums sent away by the Fashola administration got a special invitation, thugs are back to Oshodi and its environs. Some say the reason for this sudden found confidence is because these miscreants are aware the new governor can only bark but lacks the will to bite. While this is simply in the corridors of beer-parlour talks, how does one explain the flouting of the governor’s order by drivers of trailers and long vehicles on the restriction of movement? If that is not enough what about commercial motorcycle riders who now ply restricted routes unabated? As if we are in a state of lawlessness, people now get robbed indiscriminately in traffic!

To this day, there is no clear economic policy of the present administration in the public domain. The government is yet to state in clear terms how it intend to resuscitate the state dying education sector, make public its blueprint on employment generation, potable water and health services. What are we even talking about? The street lights which was one of the strides of the past administration no longer glow at night.

One Baba Akande summed up the ineffectiveness of Ambode in one phrase when he posted on social media thus: “I wonder why everyone is telling Ambode to work; can you send someone else’s houseboy an errand? Speak to the Oga ooo”
The task of governing a state like Lagos demands more than hanging around some godfathers who apparently are not bothered by the productivity of the person in power but their pocket; politics may not be for some of us but I’m damn sure that governance requires much more than being a fashionista or turn up master.

Boladale is a public affairs analyst, political commentator and consultant on intra governmental affairs. He is on twitter @Adekoyabee