Don't Miss
Home / News From Nigeria / Breaking News / Solving the Economic Puzzle; Is this why Bitcoin was created by a Japanese Poseidon Satoshi Nakamoto? 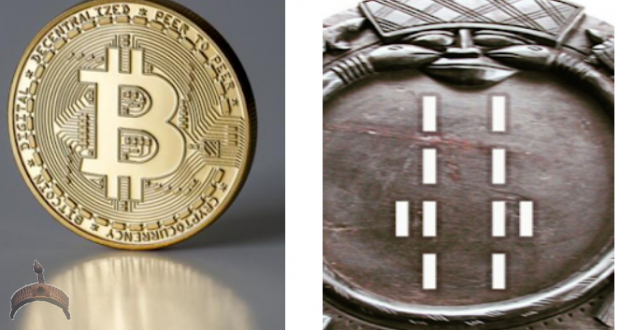 Solving the Economic Puzzle; Is this why Bitcoin was created by a Japanese Poseidon Satoshi Nakamoto?

Posted by: AbubakarMuhd in Breaking News, Politics, World News Comments Off on Solving the Economic Puzzle; Is this why Bitcoin was created by a Japanese Poseidon Satoshi Nakamoto?

I was just minding my business as usual, reading random posts on Facebook then someone shared this post about how Japan should be used as a case study. He wrote: ‘Japan is a case in point. No nation uses a foreign language to develop. Support Oodua Nation’.

I usually read comments from people. Many agreed, a few disagreed but one particular view from the comment section stood its ground and he was able to immediately connect the dots as to why BITCOIN was created by a Poseidon known as  Satoshi Nakamoto.

In fairly disagreeing with the quote above from the Facbook post owner, the commentator wrote:

I agree with you to some extent. Japan is a completely sold-out Nation. Even the Nigger Area (Nigeria) with all its multi-culturalism that has failed both in the region and elsewhere in the world is freer a Nation economically than Japan. I will tell you why.
Japan is the first country, sold out economically, the major one backing mere printed paper called FIAT dollar.

This history dates back to the defeat of the Japanese Forces by the west. If you remember even some service members were captured or should I say kidnapped from Nigger Area(Nigeria) and transported to the Japanese war front to serve as a shield during that war.

What is the Economic ideology? Invade the country using any kind of pretext, democrazy or protecting the minority is usually the pretext for war. The main ideology is to create an artificial demand for merely printed paper $$$ that nothing but war is backing. That is what happened to Japan despite its cultural singularity.

You invade, bomb them to the ground, create puppets in the Nation, open a central bank controlled by your puppets, then they borrow the mere printed paper to develop. This is called modern-day debt slavery.
This can only survive in a one-world order where the puppet master dictates for the rest. Is this what you call development? Falling from one slavery to another in hope of development. I wouldńt want anything close to that of Japanese Development for my enemies.

What is my point? It does not matter if you practice one language or any kind of cultural Uniformity. The master has just one way leading to all the roads in its foreign policy. The high way or no way.

I would never accept a future for my unborn generation whereby having more debt means they are wealthy and having less debt means they are poor. All empires have failed economically via what is called massive printing or what the de-facto leader of the empire often calls helicopter money. This current one is also failing on a massive scale.

The empire did the calculation very well when it used Japan and made sure what is happening in Japan is deflation. That is like creating a BITCOIN country just to serve as the major backing of the merely printed press of the neo-liberal economic ideology. The neocons have failed and are still failing on a massive scale.

Let me just use this opportunity to advise everyone on here to please buy Bitcoins(Learn about it, what it means) or just buy it down now for your kids. Make sure you control your Private keys. That is truly Economic freedom right there. Disrupting the neo-liberal Economic ideology.
This is the kind of freedom everyone needs not just Omo Karo Ojire, arborisa race. Everyone needs economic freedom. Write it down in the next 4 years, 1BTC will be selling for $400,000.

The empire created a Japanese deflationary Economy backing mere printed paper then uses the same invade, attack conquer and rule for the rest of the countries.

The Original Post owner replied by backing its first quote, see what he wrote below and reply to the back-up post.

A Japanese created bitcoins just incase you don’t know. We have big corporations like Toyota, Mitsubishi, Daihatsu, Suzuki, etc but what do they have in Naijiria other than churches and mosques. Yorùbá nation can benefit immensely in its industrial development through the help of the esoteric knowledge of Ifa just like I-Chang is helping the development of China and Shintoism is helping human and infrastructure developments in Japan.

Omo Oba Yes, you are right about the Poseidon name Nakomoto Santosi. I think we are finally very close to why Bitcoin was created. Anyone who saw the economic take over of Japan would be very angry and motivated to creating Economic freedom such as Bitcoin.

I do not disagree with you on the point of development. I want the one that has no string attached to it as in the case of the Japanese people and then having to fight another war again. We could say that Nakomoto has created Economic freedom not just for the Japanese people but for the world.
Bitcoin to me is like an aspect of Ifa.

The solution to all our Economic problems is right there. It’s the knowledge, the compendium, the mathematics, Physics, and coding Ifa represent in its true nature. And it does not matter what language it’s in today. As long as you can easily relate and connect to the source without any kind of impediment.

Yes, the language will make it a lot easier for many to grab to an extent yes but not necessarily like what we have in the west.

All I can say is wow. Such an informative post in one thread. 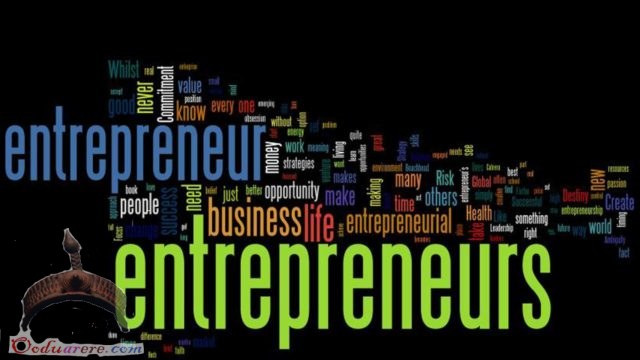 Many Business Owners think their biggest problem is finding funding. But what those entrepreneurs forget may be the demon of distraction. Insufficient focus and distraction can destroy any business, rendering it loses its momentum. By year three, 44% of businesses fail. This means that focus is important to a business’s success. And maintaining your short-term and long-term goals can allow you to create and maintain momentum in the business. These 5 tips will allow you to slay the distraction demon. ...