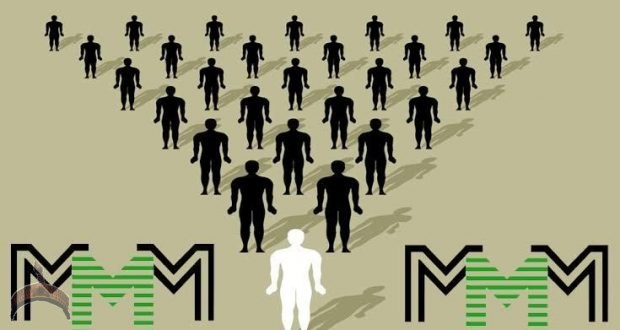 Posted by: scully009 in Business, Uncategorized Comments Off on Pure Ponzi Pyramid Scheme, MMM, is back

Over a year after the popular Ponzi scheme, Mavrodi Mundial Moneybox (MMM) crashed in Nigeria dashing the hope of over three million Nigerians, the scheme is back

The scheme is now labeled MMM cooperation and it promises up to 50 percent return on any amount invested in it. This is 20 percent more than what the previous version offered.

Like the previous version, MMM participants are to register, invest a particular amount in the form of “providing help” and “get help” with their investments and interest back after 30 days.

On its site, the administration wrote ;

“In honou of our beloved founder, Sergey Mavrodi of blessed memory; we awoke his legacy by starting the operation of MMM Cooperation on Jan 22nd,2019.

“This is after 5months thorough examination of the old system in order to make his legacy worthwhile. Like sunrise in the morning, MMM Cooperation set the pace on the 22nd of January 2019 all over the world.

One of the coordinators of the scheme, the twitter handle @teeguider announced the arrival of the scheme and gave a link for a WhatsApp group for interested persons

After what happened earlier with the same MMM and even with the slow and predicted death of the new Loom Ponzi, one will think Nigerians have learned but they are still falling for it.

The WhatsApp group which was just created is full leaving no room for any more participant in that group.

While some are concerned with how to join a group, some Nigerians are refusing to fall prey a second time.

Mr Mavrodi, an ex-convict, died of heart attack on March 26.

The scheme, which collapsed in 2016 in many countries including Nigeria, has been a subject of controversy globally.

Mr. Mavrodi launched his controversial scheme in 2011 and crashed in Nigeria in December 2016; with millions of Naira belonging to Nigerians trapped in the scheme.

Although the scheme announced a comeback in 2017, it could not launch operation before the renewed enthusiasm among its members fizzled out.

@TeeGuider your WhatsApp group is full

Only fools and greedy fellow will said he/she loss money in MMM… Donation platform is to help others freely and not investment.. Get that simple explanation to your skull and stop saying you loose money Join now with spare money ..even #2,000. Or stay away…
MMM da best