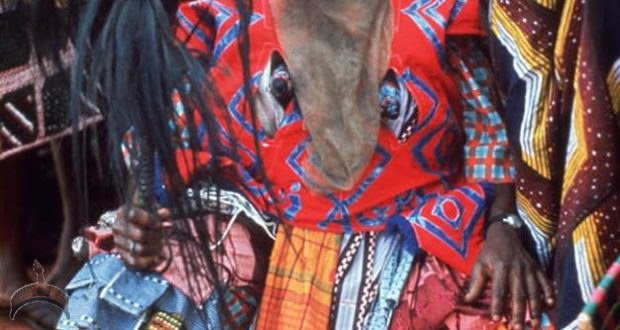 Posted by: ayangalu in Breaking News, Culture Comments Off on Yoruba Gelede Masquerade

Located between the Weme River in the Republic of Benin (RPB) and the Ogun River in southwestern Nigeria, western Yoruba-speaking people (Ketu, Egbado, Ohori, and Anago) are renowned for an elaborate masked performance tradition known as Gelede.

The Ketu-Yoruba people are credited with the invention of Gelede sometime in the latter part of the eighteenth century according to oral traditions throughout the region.

A popular Yoruba saying proclaims, oju to ba ri Gelede ti de opin iran (“The eyes that have seen Gelede, have seen the ultimate spectacle!”). Gelede’s affective power and impact comes from its multi-media format in which the arts of song, dance, costume and music combine to create moving artistic experiences.

Previous: Check out this Interesting Egungun Song !
Next: Buhari Hosted By Chile Eboe-Osuji, President Of ICC 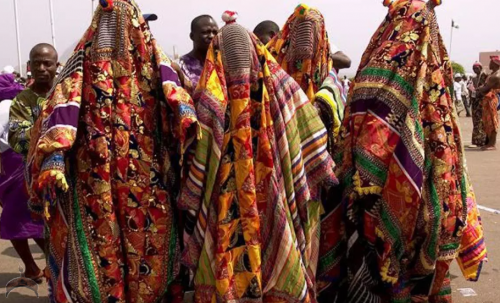 ADEBAYO WAHEED, Oyo masquerades yesterday defied the directive by the Olubadan of Ibadanland, Oba Saliu Adetunji, that only him and the Oyo State governor, Seyi Makinde should play host to the masquerades this year, as they came out in their large numbers and converged on the Aliiwo family house of Otun Olubadan, Oba Sen Lekan Balogun to entertain him and his guests. Ahead of the commencement of the annual festival on Monday, Oba Adetunji had through his personal assistant/ director ...