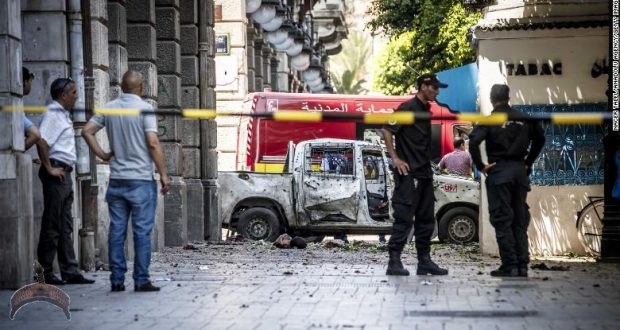 Two suicide bombers blew themselves up in the center of the Tunisian capital in the noon of June 27 in what appears to be a coordinated terrorist attack.

The country’s Interior Ministry said that the first bomber blew himself up near a security patrol in Charles de Gaulle street, while the second one triggered his explosive belt next to the back door of the Judicial Police Department in the district of al-Gorjani.

One security officer was reportedly killed and at least eight other people, including civilians, were injured as a result of both explosions.

“All security units are prepared and ready to respond to any event that may affect the security and stability of the country,” the Ministry of Interior said in an official statement.

No group has claimed responsibility for the attack, so far. However, ISIS, which maintains a small presence throughout the western part of Tunisia, remains the main suspect.