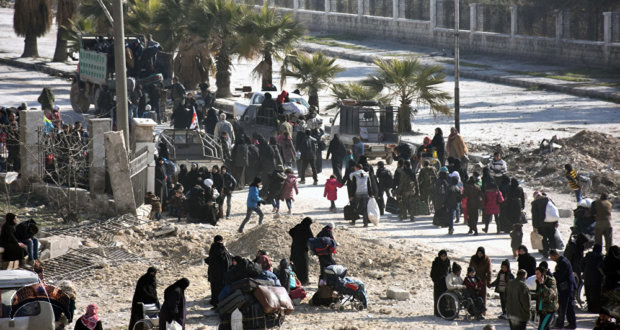 “The Syrian troops’ operation to liberate the eastern parts of Aleppo, successful and humane in every sense in regard to civilians… showed a number of important things… All of the dramatized outcries, allegedly in defense of the ‘250,000 trapped’ Aleppo civilians, especially those which are loudly voiced by representatives of Britain and France, are nothing more than russophobic chatter,” he said. Konashenkov underscored that terrorists had held more than 100,000 civilians as human shields in Eastern Aleppo.

The civilinas have already left the embattled city. “All of them left the enclave at the first opportunity and entered government-controlled areas for the sake of security, real aid and food,” he added. Over the past three weeks, the Syrian army and militias have freed more than 98 percent of the territory of eastern Aleppo, which had been held by terrorists since 2012, and have liberated over 100,000 residents of the city.