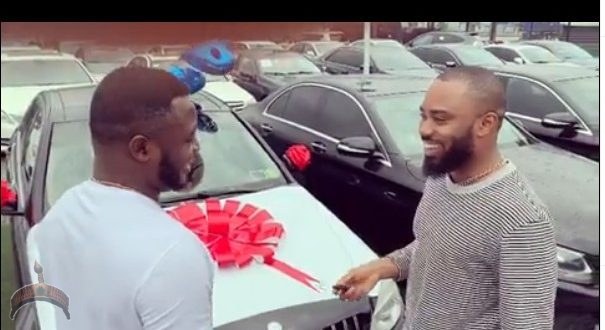 The Sekem crooner took to his Instagram page to praise the producer who helped him with his hit song 5 years ago.
Based on him, he didn’t pay the producer completely during the time of production, but he’s grateful to the producer and to God who has blessed him so much and now is the perfect the time to pay him back.

“Five year ago I did not have the full money to pay him for the production of “sekem” but five years later God has blessed me so much so I decided to Appreciate my brother @tspize with a benz C 300… I love you bro and more to come Amen . S/O to @ivd001”