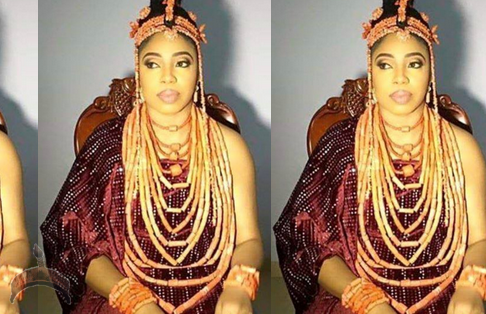 Yeyeluwa of Ife Imperial Empress of The Yoruba People

Posted by: admin in The Buzz Central 5 Comments

“Iwalewa awo Apesin lodifa fun Yeyeluwa tiise Ayaba Oonirisa ti yio fi iwapele tun Ife se; kope kojina, e wa wo Ifa awo ki bo ti n se. { ‘Beauty is Virtue’ the confidant of the ‘Adored-Head’ divine the Oracle for YEYELUWA that’s the imperial Empress of OONIRISA who shall propagate the great Ife Empire with her Virtuous norms; not long not far, come see the manifestation of the Vision that was prophesied by the Wise’One }”.

Tradition must live-on as it is paramount for the OONI OF IFE to be glorify with the ordination of His Imperial Empress who must traditionally be referred to as the “YEYELUWA OF IFE”. The ancient undiluted cultural norms of the YORUBA nation has it in archaic compounded record that the Imperial First Queen of the OONI has been subjected to great responsibilities and royal duties as the Confidant of Her Imperial Lord OONI and as the “FIRST LADY OF THE YORUBA NATION {FLOTYN}” to rule over the ancient nation of mankind and to represent the godly essence of VIRTUE.

In this 21st Century of the Golden Age of Illumination, the 51st Imperial OONI OF IFE, in the Royal Essence of “H.I.M OONI ADEYEYE ENITAN OGUNWUSI OJAJA II”, has divinely engaged and ordained His new most Worthy Imperial Empress in the distinguish personality of “Her Imperial Majesty {H.I.M} WURAOLA OTITI ZYNAB OBANOR” as the new “YEYELUWA OF IFE” after the grand completion of the necessary traditional ceremonial rites and rituals that have consecrated the new Queen as the “SUPREME EMPRESS” of the great “YORUBA NATION”. Although, the new Queen and First Lady of the Yoruba Nation is both BENIN/IFE parental background and the choice of the Oracle to have chosen her as a living “DIVA” of the Yoruba Nation is a Mystery that must never be underestimated.

“H.I.M YEYELUWA WURAOLA OTITI ZYNAB OGUNWUSI” has been rightfully chosen and ordained by the gods in the assembly of the divinity; may the reign of Her Imperial Majesty on the sacred throne of our ancestors explore the peace and global propagation of the great YORUBA NATION … Ase !!! 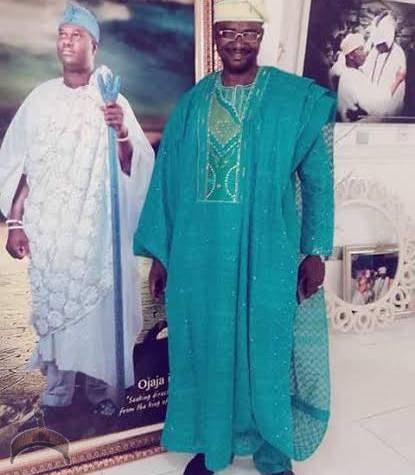