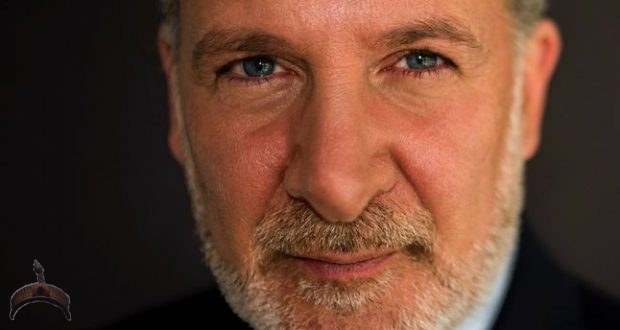 Peter Schiff, who claims rhe Intrinsic value of Bitcoin is none.

Intrinsic value of Bitcoin: Open Letter to Peter Schiff That Claims BTC Has None

Posted by: scully009 in Breaking News, Business Comments Off on Intrinsic value of Bitcoin: Open Letter to Peter Schiff That Claims BTC Has None

Peter Schiff is number 1 un-educated person about the meaning of Intrinsic value of Bitcoin. This is why I don’t like many uneducated people about BTC.

Many people just don’t get it. There was a time you could only send 2 letters per month between you and your parent living abroad. If anyone told your parent that time that one day you would be able to send 40messages per 30 minutes. They would probably think you have gone crazy. That was in the 70s and here we are, I can send 40 messages within 3mins. If the receiver replies, we could have a chat via testing in 5 minutes with over 100 messages.

Same thing will soon apply to the future of payment. The day will come where banks wont have to transfer money for you. Today, to transfer 10,000,000 uSd from your bank to China would probably take 24-74 hours using swift transfer. Payment is now global just like SMS and you can send $10,000,000 within 5-mins or even less to China. The Intrinsic value of saving time, stress of Bank bureaucracy and so much headaches that comes with it. For example tax (why do they collect tax if it’s now glaring they can just continue printing free $$$ to pay the taxes)

What else could we call intrinsic value of something that is worth 11 USD some years back and now worth 8,661 USD?

Take a good example of the air we breath in and see for yourself the huge intrinsic value it carries despite the fact that we can not see the air, hold, except feel it when we breath fresh air. Same thing happens to Bitcoin. We can’t hold it yet in intense, it carries so much weight as a balancing power between any currency which gold used to have before the U.S shortchange gold by changing the rules of IOU in 1973 claiming a gold is the sole backer of there massive printing of mere paper $$$ until things fell apart in 2008, the lies began to come out, no gold is backing anything but mere printing machine. After their derivatives went under, they started bailing banks, in other words, printing more $$$ without nothing backing it except war.

If you all remember, BTC was invented in the same year just after liberty reserve owner was arrested and jailed by the same Emperor for money laundering. I lost a few LR in the banned site though. The Emperor does not seem to learn anything from history. What the people have come together to choose they want to be used as store of value or medium of exchange has no Business with government or whomever else that is not involved. This is the real foundation of MONEY. It used to be trade by barter among the villagers (The people again) Back in the day, some were using cowries, then the gold standard until mere printed paper that nothing except war is backing and debt slavery.

So there is so much value in whatever head A has chosen to use as medium of exchange with another head B or as store of value. Now you have millions of heads using that thing, yet the warlord Emperor still does not fully accept the will of the people. That Is Tyranny (There is nothing they can do abt it)

3) Intrinsic Value of Gold Vs. Bitcoin.

After this week’s halving, the inflation rate of Bitcoin will be lesser than that of Gold. WOW! That would be massive record breaking in human invention.

Again, you can buy 50 tons of gold right now but to transfer 50tons of Gold to China to pay for goods would probably take 24 hours and cost a lot more in shipping cargo fees.

Bitcoin can be sent, worth of the same amount of Gold at a far cheaper rate and within minutes to pay for goods in China. That is a huge gap between Bitcoin and Gold. Gold honestly became what it is because of the value people put into it. When people no longer see any beauty in gold, it will lose its intrinsic value. If gold is worthless, celebrities trying to use it to flaunt how they are living large will no longer carry any weight. It would be like carrying a worthless blinking jewerry. The people here matters more and anything intrinsic comes from within, Mr Peter Schiff.


So the intrinsic value of Bitcoin is that, it is secured(POW) and can easily move from one continent to another within the blink of an eye. Honestly, gold carry no such value. I am sorry to say. If an ordinary person is transporting gold from Lagos to Abuja, he or she can be attacked by hoodlums. What about America to China, can also be attacked by pirates. Cargo plane carrying tons of gold could crash. Security here is risky and not for everyone.

BTC is for everyone. So the intrinsic value of BTC is endless.