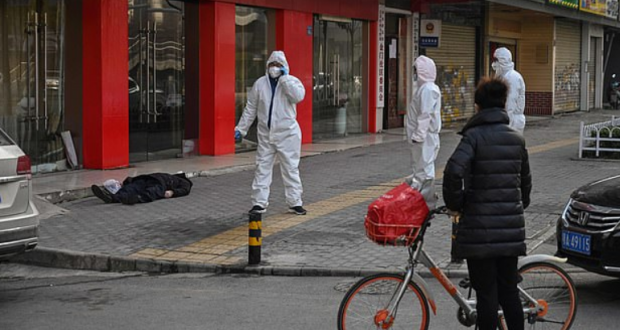 Dead in the streets: Appalling sight of man’s body on the pavement lays bare the crisis in coronavirus ground zero Wuhan

Police in hazmat suits yesterday surrounded the body of a man who was found dead on the pavement at ground zero of China’s virus epidemic.

Previous: Nigerian Embassies In USA And China Have Not Updated Their Websites in Years
Next: Mr Eazi, Temi Otedola Celebrate 3 Years Relationship Together