Don't Miss
Home / News From Nigeria / Breaking News / Ex-Governor Fayose’s brother, Isaac hails the Opperesors in Nigeria as he drives a Truck in the UK. 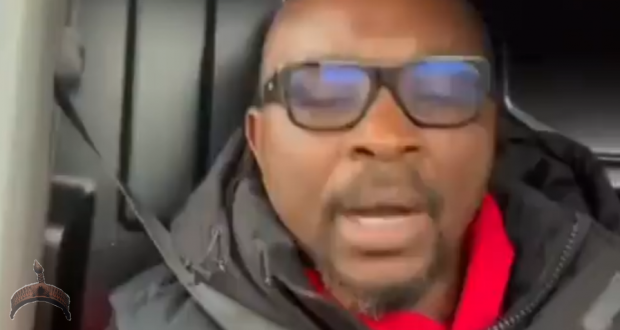 Ex-Governor Fayose’s brother, Isaac hails the Opperesors in Nigeria as he drives a Truck in the UK.

Posted by: Lolade in Breaking News, Metro life Comments Off on Ex-Governor Fayose’s brother, Isaac hails the Opperesors in Nigeria as he drives a Truck in the UK.

The video showed Ex-Governor Fayose’s brother, Isaac driving a truck as he was unable to pay for a driver since labour is expensive. Labour in Nigeria is way cheaper than in the UK.

One could think UK is better off but has its bad side too one of which virtualy everyone in the UK is in DEBT slavery. While those in Nigeria live like a free bird, in less debt slavery than in the UK.

Oppressing the less privileged in Nigeria is a way of life. It’s in every work of life. Even the one who is yet to have is waiting to make a little to oppress the next person that is yet to have. What about the ones in uniform? The Governor’s brother may be right about the oppressive society.

Watch the video below.

Previous: Imagine a police officer who won’t take bribes or tips to pervert justice – That is Esu for you. #EsuIsNotSatan
Next: “From Ekiti to Akure no Road”- Gov. Wike Jokingly mocks Gov. Fayemi.