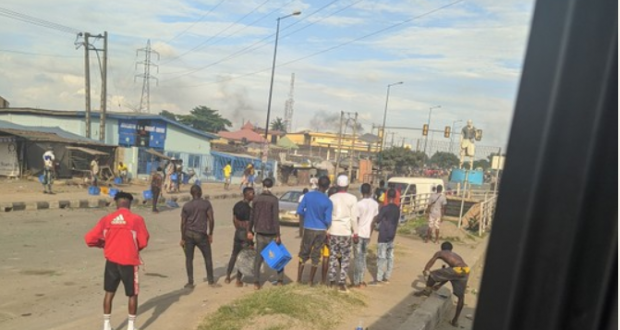 The fracas which began Saturday afternoon has paralysed activities in the area, with several persons injured, others robbed and many vehicles vandalised.

As the time of filing this report, entry and exit from Ikorodu was impossible as the hoodlums were having a free day with nobody to check them. Stranded passengers had to stay in people’s houses, shops, and commercial centres to escape being attacked.

Broken bottles littered the roundabout at Ogolonto in Ikorodu. Unconfirmed report claimed that the melee had already claimed at least two lives and property worth million have been destroyed.

During the fracas, the hoodlums who are in free for all used cutlasses, axes, stones, and bottles to engage themselves. It was learnt that the hoodlums took advantage of the clash to rob unsuspecting members of the public of their valuables.

According to a resident who identified himself as Moses, the fracas was as a result of sharing formular of the proceeds of a land sold in Majidun and Ogolonto.

“Initially, people thought that gridlock in the area was caused by #EndSARS protesters but commuters and pedestrians ran helter -skelter and it became clear that it was beyond the protest.

“The hoodlums have been robbing people of their phones and other valuables. They don’t want anybody to record the clash. People who also made attempt to record the incident were attacked and chased away.

“Many commercial drivers who have loaded there vehicles from Ikorodu Garage dropped their passangers at Agric bus stop and turned so that their vehicles won’t be destroyed.” 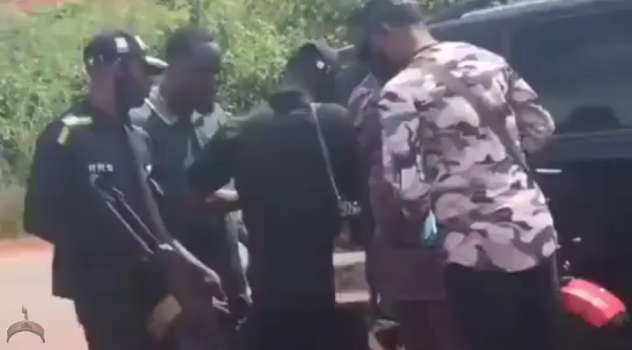 #EndSars: Actor Yomi Fash-Lanso reacts to the barbaric act of police officers harassing a motorist on the highway – Video

Poverty as they say is about not knowing, it is not about not having. You will find out, we the people are the problem at the end of the day. The leaders always love to play the game along. In other words, the people deserve the leadership they get. I give you an example. For the first time in a long time. I personally was not stopped by the Policeman or harassed by one of them for 2months. Do you ...