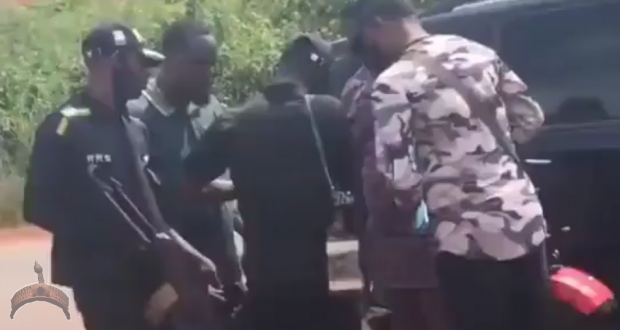 #EndSars: Actor Yomi Fash-Lanso reacts to the barbaric act of police officers harassing a motorist on the highway – Video

Posted by: Lolade in Breaking News, Metro life Comments Off on #EndSars: Actor Yomi Fash-Lanso reacts to the barbaric act of police officers harassing a motorist on the highway – Video

Poverty as they say is about not knowing, it is not about not having.

You will find out, we the people are the problem at the end of the day. The leaders always love to play the game along. In other words, the people deserve the leadership they get.

I give you an example. For the first time in a long time. I personally was not stopped by the Policeman or harassed by one of them for 2months. Do you know why?

Because people came out and fought. They spoke in one voice. #EndSars
Even though those officers still never learn their lessons.

For the first time in a very long time, people came out for their brothers and sisters and it was not about race or someone is from Awkaibom or Uyo, Lagos, or Calabar. It was about police killing and harassing the people. Usually what the leaders always use all the time is the weakness among the masses to divide along race, political party, religion, state, border e.t.c

EndSars right there was a real movement even though it was hijacked or sabotaged. Watch the video bellow and see how a police man is harrasing another citizen of this country and all the cars were zooming off.

Let us imagine a real #endSars scenario playing out here. Motorists stopped their cars right in from of the police, then, people get out of their cars to find out what the man has done to warrant such harassment. It’s the right of everyone to know what is going on around them. Those policemen will be taught a lesson just the same way endsars did for a while. That lesson is, harrasing one person means messing with all of us.

See how a popular film actor, Yomi Fash-Lanso reacted to the situation

Firstly, I’ve so many highly intelligent, smart, and upright police officers as friends. Many.
This video like many outrageous ones asks many questions begging for so many answers.
IG gives the order that no police officer must demand to check citizens’ phones but the opposite is the case.
Is any young man driving a good car or SUV in Nigeria a fraudster or of a questionable character?
Where are the freedom and human rights as a citizen?
So much for a country that preaches peace and unity.

See other reactions from people.