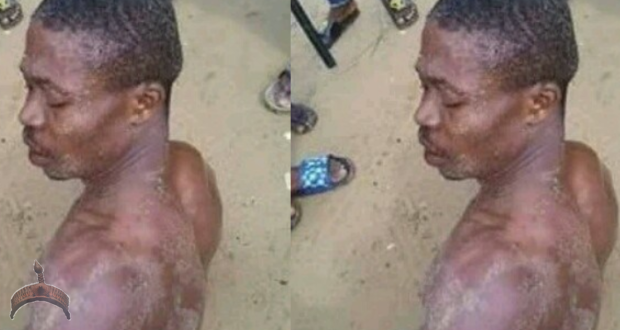 Posted by: Lolade in Metro life Comments Off on Married Man Flogged For Raping 9-Year-Old Girl In Bayelsa

A married man was mercilessly flogged for raping a 9-year-old daughter of his customer in Opolo, Bayelsa state. The suspect said to be plumber was caught red-handed by vigilantes in the state. He was severely beaten before handed over to the police.  The paedophile confessed to have committed the crime in the guest toilet of the victim’s home, adding that he deceived the child, who was home alone at the time, that he was sent to fix a faulty pipe.

Previous: Staged Filming of Mock ‘Chemical Attacks’ Has Begun in Idlib – Russian MoD
Next: Check out Top 5 Biggest Rivers In The World, Secrets and Location