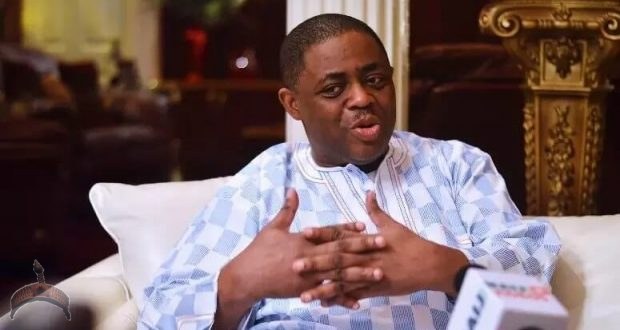 Posted by: Lolade in Metro life Comments Off on By The Power Of God, Trump’ll Be Sworn In As 46th US President On Jan 20, 2021 – Fani Kayode

Former Aviation Minister, Chief Femi Fani-Kayode has refused to give up on Donald Trump after being defeated by Joe Biden in just concluded United States of America election.

Femi, an ardent supporter of Trump, disclosed that the state of Texas filed a lawsuit directly with the U.S. Supreme Court, challenging the election procedures in Georgia, Michigan, Pennsylvania, and Wisconsin on the grounds that they violated the Constitution.

He seized the opportunity to pray for his friend ‘Trump’, calling on God to grant the state of Texas victory in the said case.

Kayode who made his prayer public via his facebook handle, insisted that Trump would be sworn in as the 46th US President on Jan 20, 2021.

Read the full statement below:
“The State of Texas filed a lawsuit directly with the U.S. Supreme Court shortly before midnight on Monday challenging the election procedures in Georgia, Michigan, Pennsylvania, and Wisconsin on the grounds that they violate the Constitution. This is a game-changer!

“Let us not be ashamed. Let the Hosts of Heaven rejoice and let the citadels of hell be shattered and torn apart with tears of defeat and failure.

“I have said it before and I will say it again: Trump will be sworn in as the 46th President of the United States of America on January 20th 2021.

“Mockers may mock and haters may hate but the word of the Lord shall stand. The Lord has said it and so it shall be.
“(N.B. Now 8 more states have joined Texas in the suit & SCOTUS WILL hear the case. The States: Louisiana, Arkansas, Alabama, Florida, Kentucky, Mississippi, South Carolina, South Dakota.)”
Vanguard