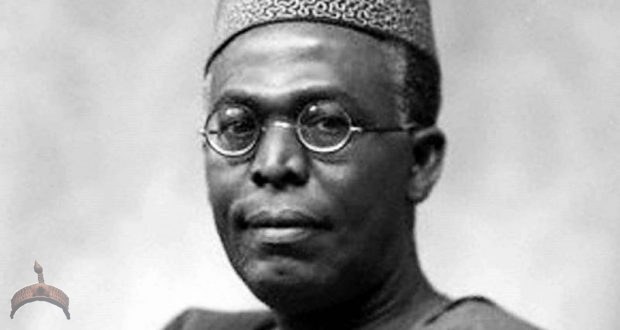 The Unforgivable Sins Of Awolowo.

Posted by: Lolade in Metro life Comments Off on The Unforgivable Sins Of Awolowo.

1. He was a true, unapologetic and patriotic Oodua (Yoruba) Nationalist.

2. He fought, campaigned and lobbied through democratic and diplomatic means to bring back the Ooduas (Yorubas) of Kwara and Kabba into the western region which was against Northern and British interests.

3. He told Nnamdi Azikwe to go back to the Eastern region and he should stop poke nosing into the economic and political affairs of the western region prior to independence.

4. He and Anthony Enahoro moved the motion at Lancaster house in London, to insert secession clause into Nigeria’s constitution. This was seen as an affront to British agenda and the Unitary ideology of Azikwe who wanted a unitary system of government in Nigeria.

5. He was a democratic socialist who wanted to use the resources of the western region to uplift his people out of ignorance and illiteracy within the shortest period of time.

6. He was an advocate of quality education for all, no matter your social status which was against the feudal orientation of the ruling fulani elites in the north who believed that all men are not born equal.

7. As a democratic socialist, he was an obstacle to colonialist interests in Oodualand (Yorubaland), who wanted free and cheap raw materials needed to power the industries in England.

8. He was a big obstacle to some Oodua (Yoruba) elites who saw the vision and agenda of Awolowo as an impediment to their feudal agenda against fellow Ooduas (Yorubas) .

9. The success of Awolowo during his regime as the premier of Western region was the best in Africa and could rival any head of state in the world at the time. He was a danger to the feudalists and the capitalists.

10. His role in the Biafran Civil War, most especially the advice he gave to the Nigerian government about the food blockade or embargo on the Eastern Nigerian population.

11. He meddled into the Obaship traditional supremacy tussle between the Ooni, Alaafin and Oba of Benin. This was the origin of the hatred the Binis still harbor against the Ooduas (Yorubas) till date.

12. He was against the siting of Nigeria’s capital in Lagos Island, specifically Victoria Island because of the rhetorics of Eastern Nigerian elites like Jaja wachukwu who openly stated in 1945 that Lagos is no mans land because of the liberal ideology of the NCNC party then, who wanted a united Southern political front.

Previous: I dont like to respond to rubbish and garbage like Ishaq Akintola but in this case I will make an exception – FFK
Next: Amaechi On Okada Ban In Lagos: Sanwo-olu Acted Based On Public Interest