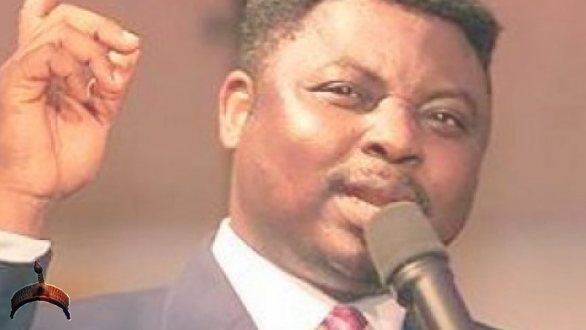 I didn’t invest $5m in Ponzi scheme, my church did – Ashimolowo

Posted by: Lolade in Breaking News, Metro life Comments Off on I didn’t invest $5m in Ponzi scheme, my church did – Ashimolowo

Matthew Ashimolowo, senior pastor of Kingsway International Christian Centre (KICC), says the former trustees of his church, not him, made the decision to invest $5 million dollars, which was lost to a ponzi scheme.  Ashimolowo said this in a statement signed on his behalf by Dipo Oluyomi, chief executive officer and James McGlashan, chief operating officer for KICC.  The statement said the investment was made seven and a half years ago. KICC admitted that the trustees of the KICC made the decision to invest in the scheme, but however, said Ashimolowo had nothing to do with it.

“We wish to state that the headline was unfortunate and misleading and has caused damage to the reputation of Pastor Ashimolowo. The sensational headline suggests that Pastor Matthew Ashimolowo lost $5million when INFACT HE DID NOT and did not make the decision to invest.

“Pastor Matthew Ashimolowo is the Senior Pastor of KICC and not her trustee and has never been a trustee of KICC.

“As you are aware from the Charities Commission’s report, the decision to invest was solely that of the U.K trustees without any involvement of Pastor Matthew Ashimolowo.

“Importantly as the report states, it is the trustees who have the responsibility for investing Charity Funds and NOT PASTOR MATTHEW ASHIMOLOWO.

“The investment referred to were made by former trustees on behalf of the Charity over SEVEN AND HALF YEARS AGO. They believed they were acting in the best interest of the Charity and they did not and have not benefited personally.

“Their actions were totally independent and were not influenced in any way by Pastor Matthew Ashimolowo.

“KICC is a Charity whose main aim is to advance the Christian religion in the U.K. and around the world as well as provide local communities with a great deal of counseling and support, including educational, bereavement and prayer support.”