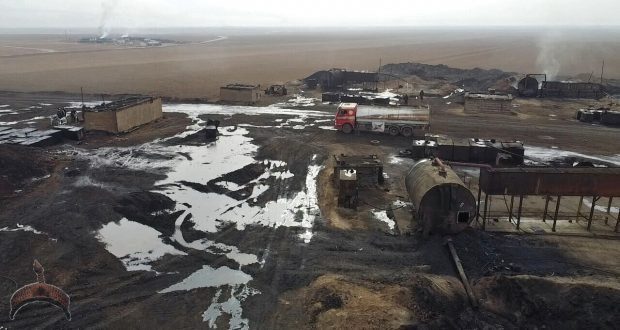 Posted by: BalogunAdesina in Breaking News, World News Comments Off on Everyday is for the Thief: US Forces Reportedly Smuggle 79 More Tankers Filled to the Brim With Stolen Syrian Oil

Damascus has spent years accusing Washington and its Syrian Democratic Forces militia allies of siphoning off hundreds of millions of dollars’ worth of oil and food out of US-occupied northeastern Syria and preventing the country from rebuilding from a devastating, decade-long foreign-sponsored conflict.

A 79-vehicle convoy of tankers carrying crude from oil fields in Jazira, northeastern Syria has been smuggled out of the country via the illegal al-Mahmoudiya crossing into northern Iraq, the Syrian Arab News Agency has reported, citing sources in the al-Yaarubiyah countryside in al-Hasakah province.

The reported smuggling activities are the latest since Tuesday, when sources told SANA that 60 more oil tankers had made their way into Iraq carrying stolen Syrian crude.

Two days before that, the news agency reported that an additional 83 trucks, including ‘scores’ of tankers, had crossed into Iraq via the al-Mahmoudiya and al-Walid crossings. Syrian authorities classify the border checkpoints as “illegal” because they remain outside the jurisdiction of the internationally recognized government in Damascus.

The US has at least 900 troops stationed in Syria, according to the Pentagon. The Biden administration’s formal justification for keeping boots on the ground in the war-torn country is to prevent the resurgence of Daesh (ISIS)* – the terrorist group which controlled wide swathes of northeastern Syria and northwestern Iraq between 2014 and 2017.

Syrian officials say Washington’s continued presence in the country is aimed at preventing Damascus from regaining control over oil, natural gas and food resources in its northeastern regions – which once allowed Syria to enjoy modest self-sufficiency in energy and foodstuffs.

Washington and its allies have also imposed crushing sanctions on the country, and threatened nations that do business with Damascus with secondary restrictions. These sanctions have further limited Syria’s access to resources needed to rebuild from the devastating foreign-backed conflict which began in 2011, and have prevented the country from importing medicines and medical equipment.

Previous: Pink Floyd co-founder calls out ‘censorship’ over Ukraine
Next: All the Young Dudes, Carry the (Russian) News