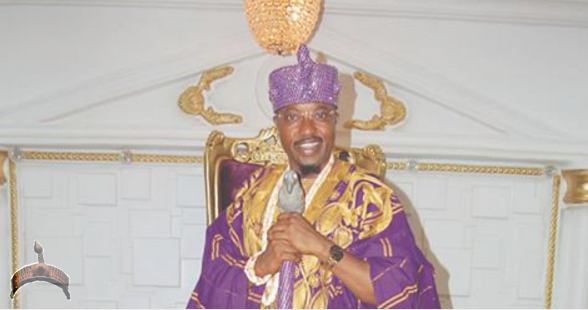 Posted by: Lolade in Breaking News, Culture Comments Off on Irunmole fights back as Osun court orders Iwo monarch’s arrest for contempt

Magistrate Olusola Aluko, who is hearing the case instituted by the Oluwo of Iwo Oke, Osun State, Oba Kadiri Adeoye, against the Oluwo of Iwoland, Oba Abdurasheed Akanbi, has issued a fresh bench warrant for the arrest of Oba Akanbi.

The magistrate, who stepped down the substantive case before him on Wednesday, said the fresh bench warrant became necessary so that Oba Akanbi would appear before the court to confirm or refute some statements the court considered contemptuous, which were credited to the monarch in the media.

Aluko had, at the last sitting, adjourned the case to Tuesday, December 27, which fell on Tuesday the Federal Government had declared as a public holiday. At the resumed hearing of the case on Wednesday, the magistrate frowned on the statements credited to Oba Akanbi in the media and said he must appear to either confirm or deny them.

The Oluwo had faulted the initial warrant for his arrest for refusing to appear before the court, saying his lawyers and five of his chiefs represented him in court.

Justifying his absence in court at the last adjourned date, Oba Akanbi wondered why Aluko did not order the arrest of the state police commissioner, who he claimed was also a respondent in the case.

He contended that the plaintiff brought “a useless paper” before the court.

The magistrate noted that Oba Akanbi ought to have been arrested and produced in court at the next adjourned date following the warrant issued against the traditional ruler.

Aluko added that the Oluwo threatened him by issuing “a traditional warrant of arrest” against him (the magistrate).

According to him, the case was transferred from the Magistrate’s Court in Iwo to Osogbo when hoodlums stormed the court, saying policemen in three trucks were drafted to rescue the magistrate, who first heard the case.

Aluko stated, “Bench warrant was issued in the presence of his lawyer, Mr. Olaide Yekin, and counsel for the Commissioner of Police, Mr. Abass Haruna; the OC Legal, State CID of Osun command. That was on December 20.

“After the event of the last adjourned date, the online media was awash with threats allegedly issued by the first respondent, Oba Abdulrasheed Adewale, to arrest me traditionally.

“I personally read and watched on Channels Television on Friday, December 23, 2016; then, on Monday, December 26, 2016, PUNCH newspaper published on page 12 a story captioned: ‘I’ll not appear before Osun magistrate.’ The story was also promoted on the front page of the paper. In the body of the story, the first respondent was quoted to have said, ‘It is a shame on the judiciary to have such magistrate sitting.’ I have the print-out of the statement based on Channels Television and newspaper publication.

“There is no doubt that the statements are contemptuous in nature and they are meant to embarrass and humiliate this court. Under the law, it is contempt espacal, which attracts punitive action.

“This court has a duty to protect itself from assault and preserve the sanctity of the judiciary and due process. Therefore, the case, which brought the parties before me, is hereby stepped down until this issue of contempt is cleared.”

The magistrate added, “Let me quickly add that so far bench warrant was not issued against the commissioner of police is not an excuse for the first respondent(Oluwo) not to appear on the summons on him on the October 10, 2016. The commissioner of police was sued in his official capacity hence, he needs not to appear personally. “It is on that score that another bench warrant is hereby issued on the first respondent, Oba Rasheed Adewale, to appear before this court again personally on the first adjourned date, which is December 30, 2016, to come and confirm if indeed he made those statements.”

The applicant in the case had, in an affidavit, accused Oba Akanbi of being involved in Internet fraud and having been convicted in the United States and deported to Nigeria.

The magistrate issued a bench warrant against the monarch on December 20, but Oba Akanbi, who spoke in an interview with our correspondent on Sunday, vowed not to appear before the magistrate. 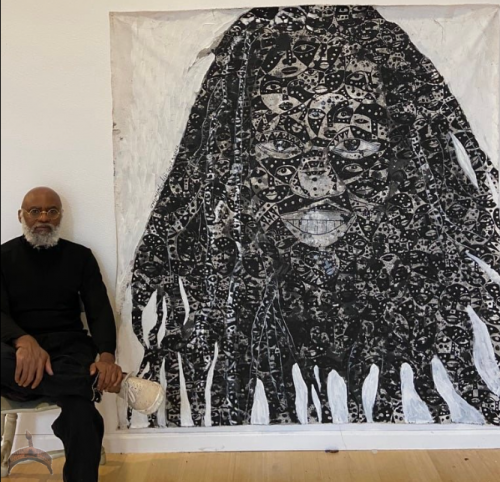