Don't Miss
Home / News From Nigeria / Breaking News / #OoduaRonu: Are Igbos Making The Same Mistake As They Did Before Biafran War? 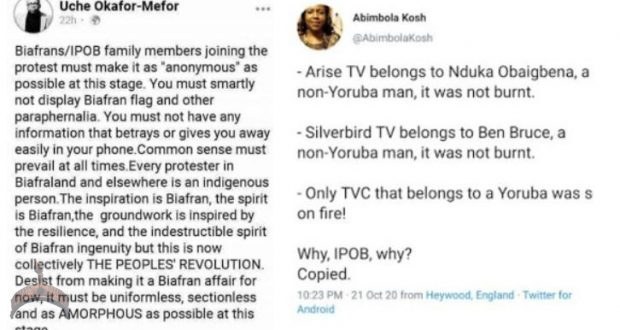 Yes, I am angry the way things are in the current state of Nigeria and that feeling is not directed against any race in Nigeria but all the leaders that have failed the people. I had to take a chill pill like I always do as a deep thinker and re-analyze everything that took place over the past two weeks.

Then I found out the Igbos may be making the same mistake as they did before the Biafran when the first coup ever took place and all the leaders were killed except the Igbo leaders.

The same thing is being done as we speak right now.

Check out this post bellow to see for yourself and analyze like they always say. Oodua Ronu.

This post above was shared among the biafran medias and it means just one thing, infiltrate the protest and use the little opportunity you have to make maximum destruction. Yes, a video was shown where the soldiers were firing warning shots. One could see the shot fired were flying upward at the lekkitollgate ‘massacre’.

To use that as a pretext then went ahead to start burning the infrastructure (Bus station) we lack in the same Lagos shows we are not on the same page. You also went ahead attacking the Oba house meanwhile non of your kings’ house in the east has ever been attacked in any riot or whatsoever.

This virtually explains everything, you attacked Tinubu’s TV station while leaving others, also attacked the Oba’s house. That is more political a movement than sharing the same agitation. Attacking the little infrastructure we have in Lagos simply means we are not on the same page.

Also attacking one leader’s investment while letting the others walk freely also implies we are not on the same page here.

All the leaders have failed and those who failed the poeple must be treated the same. #OoduaRonu

This is Nnamdi Kanu’s conversation with the IPOB who are leading the mayhem in different parts of Nigeria. 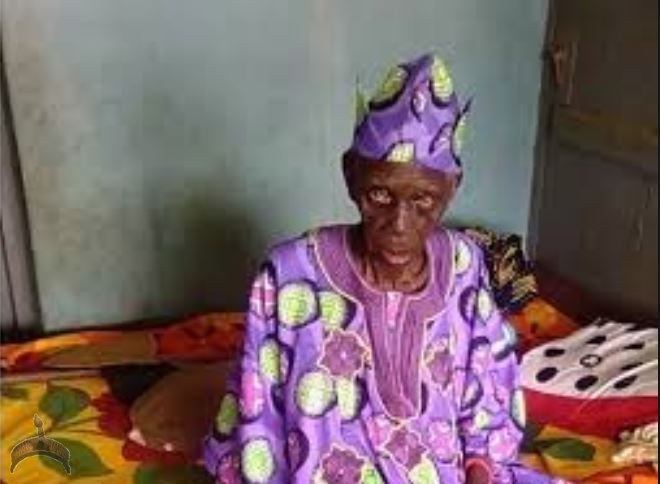 Oba Afolabi was believed to be the oldest King in Oyo state as he was said to be 141 years old. The late monarch was born to the Afolabi family in Ilua, in 1879 and was enthroned as king in the community 38 years ago, at the age of 102. The late monarch, who was a commercial farmer at Arigidana, Baba Ode in Itesiwaju Local Government of the state before his coronation as king, succeeded Oba Majaro in 1981. It was ...