Don't Miss
Home / News From Nigeria / Breaking News / Should Russia repeat the 08.08.08 war in the Donbass? 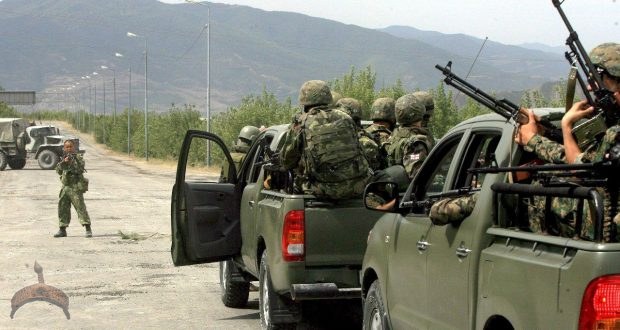 You know the expression, “better a bad peace than a good war“.  This surely sounds true and common sense seems to support this.  But, as with many slogans, it all depends on the meaning of words.

For one thing, Russia has been at war with the Empire for at least since 2017.  You can call that “peace” as opposed to a full-scale convention or nuclear war, but considering the human and material costs of this very real war, I am not so sure that the word “peace” fits.

Next, if we accept that we are already in a costly and ugly war (even if this war is not a full-scale military one), one could reasonably say that “bad” is still preferable to “worse”.  But here the assumption is that a transition to an open war would be necessarily worse for Russia.  But is that really true?

In economic and political terms, Russia remains weaker than the consolidated West.  In military terms, however, it is the opposite (see here for a very good primer on this issue).  Would that then not make sense for Russia to move the confrontation into the mode which favors her?

Furthermore, the notion that now is “bad” and that it will get “worse” if Russia is forced to intervene makes another logically flawed assumption: that if Russia does absolutely nothing things will not become “worse” anyway!

Then, we need to define the concept of “good war”.  Thousands of volumes have been written about what a “just” war is and even thousands more about what a “good war” might be.  This is a complex and even philosophical issue which I don’t want to discuss now, but I do want to point out the ambiguity of the concept.

There is also a practical reason: seems to me that the time has come again for the West to receive the painful smackdown the West gets from Russia about once every century. Clearly the folks in Germany have forgotten WWII.  As for the US Americans, 99.99999999% of them don’t know shit about WWII!.  Maybe all these loudmouths need a, what shall we call it, maybe a not-so-gentle “reminder”?  I would not suggest that if I had ANY hope AT ALL that the Europeans at least remember WWII.  Alas, I have no such hopes left.

So what are we left in the case of Russia vs Banderastan?

I submit that what Russia did in 08.08.08 five day war (in reality only three!) was correct.  She did the following:

Russia got the job done, and simply left (with a small contingent left in both South Ossetia and Abkhazia)

Now let’s transpose that the the Ukronazi controlled Ukraine:

Seems to me rather reasonable.  And, besides, just like Georgia, the Ukronazi Ukraine will not recover from that “minimal response” for many years.  In fact, I believe that only by defanging the Ukronazis would guarantee the collapse of Banderastan into several successor states.

There are, of course, major differences between Georgia on 08.07.08 and today’s Ukraine, both quantitative and qualitative.  Just one example: the Ukies could attack Russia proper (I said “attack” – I did NOT say “prevail”!) something which Saakashvili could not do.  Still, the fundamental sequence disarm->protect->withdraw is, in my opinion, one worth considering as “good” a war as can be, especially since the “peaceful alternative” might turn out much worse.

So what do you think?  Should Russia repeat the 08.08.08 scenario if the Ukronazis attack?

Question: can you find a logical military rationale for either move and, if yes, which one?

Previous: A Hard Life For Turkey And Its Proxies In Northern Syria
Next: Who is Orisa Aje How does it work? 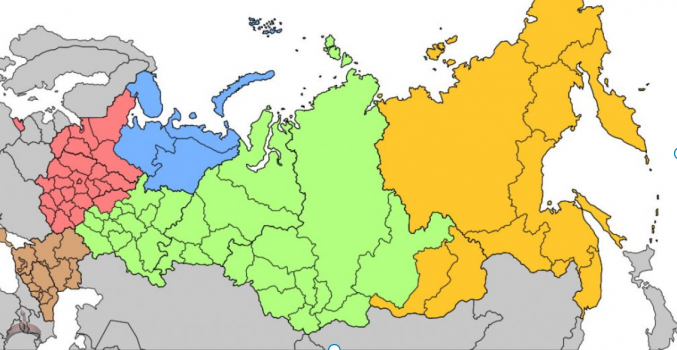 So those evil vodka-soaked Russians are deploying their forces right near the Ukrainian border and are about to attack.  Right? Well, today I want to begin by sharing a few very basic maps with you.  First, here is a map of Russia with her military districts: The most important thing to understand is that the city of Moscow is located in the middle of the Western Military District which, in other words, means that Moscow is located on in frontier/border/boundary (приграничный) MD. During ...