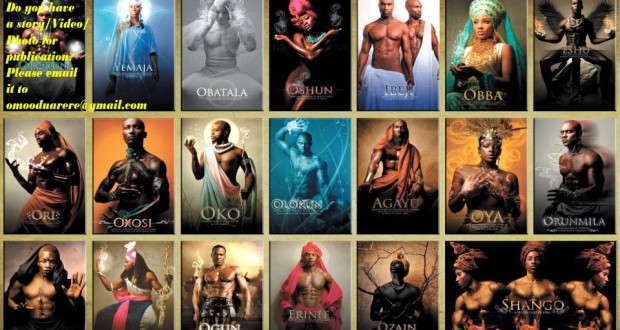 Posted by: ayangalu in Breaking News, Culture Comments Off on Top 5 Ways Irunmole Relate Effectively With Omo Eniyan (Must Read)

The relationship between Irunmole and Omo eniyan was symbiotic in nature and rewarding especially for Omo eniyan.  There are five major ways by which Irunmole relate effectively with Omo eniyan right from the emergence of man on earth. The ways include the following

The Irunmole act as role models for Omo Eniyan (human beings) in many ways. Their exemplary characters and ways of life became what we now emulate today for us to live in accordance with the design of Olodumare.  As role models, they made us understand certain situations of life and how to react or adjust to such situations. When Olodumare was about to settle living beings on earth, He sent for Ogun (deity in charge of metals and creativity) first and foremost to come and plan the earth so as to make it habitable for beings. When Ogun came with his entourage, he brought woods with which to feed his entourage. Before long, those eating woods became powerless and could not accomplish anything. When Ogun realized that those he brought along to help in performing the task of making the earth habitable had become powerless for his mission, he returned with them to Olodumare.

However Olodumare later sent Obatala to go and complete what ogun could not finish.  When Obatala was descending from Ikole-orun, he traced the mystical path already cleared by ogun. In his own case, he brought water for himself and his entourage. Unfortunately, water was insufficient for them to feed on. They also became powerless within a short while and they returned to Olodumare to report their failure.

Olodumare finally sent Orunmila. Before Orunmila set for his journey to Ikole-Aye, he went to Agbadudu-Orimo for advice and consultation. He was advised to offer ebo and to take all edible items along in his journey to Ikole-Aye. When descending from Ikole-orun to Ikole-Aye, Orunmila followed the same path Ogun had earlier cleared. He brought all edible items considered necessary for his journey like yam, banana, grains, vegetable and so on. On getting to the earth, he immediately proceeded with farming with his own entourage. They planted some of what they brought from Ikole-orun. The first vegetable to germinate on earth is known till today as Tete-Abalaye (Amaranthus spp). The yam did not mature as quickly as others. This is one of the reasons why people usually celebrate the first day to taste the yam on a yearly basis.

After completing his mission, Orunmila returned to Olodumare with his entourage and reported his success on earth.

The significance of the scenario is that the roles played by these three Irunmole are so important to the survival of human beings till date. It also shows the essence of continuity in our life. We can see that the path charted by Ogun when he first came (even though he did not accomplish his mission) was the same path that Obatala and Orunmila also passed through without condemning what their predecessor had done. We really need to acknowledge the past, follow it and build on it. According to that stanza, it is expected that whenever we wake up, we use chewing stick to brush our teeth, water to rinse our mouth and clean our body before we eat.

The Irunmole act as teachers to Omo eniyan virtually in all ramifications of life. They teach humans how to do everything that man needs to do in terms of economical, social, medical, spiritual and technological, know-how and the proper way of life. Laws that guide the activities of man were also taught and explained by the Irunmole. It is now the duty of man to follow the ways and virtues extolled by these Irunmole in order to live in a world of peace. The Irunmole taught the early omo eniyan the importance of respect for one another and even for a constituted authority.  Once respect is given and reciprocated, then peaceful co-habitation is achieved.  In a stanza of Irosun Ega (Irosun-Obara), Orunmila, the premier prophet was going to the ancient land of Ile-Ife called ‘Otu Ife’ in order to teach the people of Ile Ife good character, etiquette and also to transmit various forms of knowledge including business strategy and methods. The stanza reads thus:

The principle of reciprocity

Is what makes the world peaceful and habitable

This was the Ifa’s message for Orunmila

When going to the ancient land of Ife

To teach people the home conduct

And to transmit agricultural and business knowledge

He was advised to offer ebo

In the stanza above the first two lines are saying nothing but cooperation and symbolic relationships which help in social organization and integration. While lines 5 and 6 states how Orunmila was going to the earth to transmit knowledge to mankind.

The Irunmole act as mediators for human beings between them and Olodumare. The Irunmole from time to time supervise the activities on earth and report any observation or misnomer that may threaten the original plan Olodumare. In a stanza of Ogbe-Ofun, Orunmila had to go to heaven to meet with Olodumare and discuss his observation in the categorization and creation of human beings into three groups and who also came to exhibit three different attitudes on earth at the same time. It was then that Olodumare explained to him the reason behind such creation.

In Ogunda Meji, there was also a situation where Ogun had to wade into an argument that ensued between two people who engaged in a business venture. But for the timely intervention of Ogun, the argument could have degenerated into an unpleasant situation for the people. Thereafter, the two parties became satisfied with the profit sharing solution of Ogun.

The Irunmole in this case act as protector for Omo eniyan (human beings). They are always on hand to protect us any time we call on them. As long as we are following the the tenets and precepts handed to us by these Irunmole, we are sure of their armour of protection whenever the need arises. There are several situations in Ifa where Orunmila had protected his children and followers from the hand of death and other negativities. In a stanza of Ogbe Alara (Ogbe-Otura), Orunmila had to bring all his family into the sanctuary of longevity so that they can live long in life.

The Irunmole are benevolent in nature. They do not hesitate to extend their benevolence to human beings whenever they are called upon. In Irosun ateere (Irosun-Otura), Ifa says:

And its long counterpart

When coming from heaven to earth

More Aje, wealth is not yet exhausted Jaginni (this calls for celebration)

Aya, spouse is not yet exhausted

As we can see, Ifa has given the assurance that whatever a true believer in Ifa and a true follower of Olodumare has today cannot be exhausted because many more are still coming.

Previous: Igba Didi In Egbe: A cure to anti-social behavior
Next: How far can the Americans be pushed? 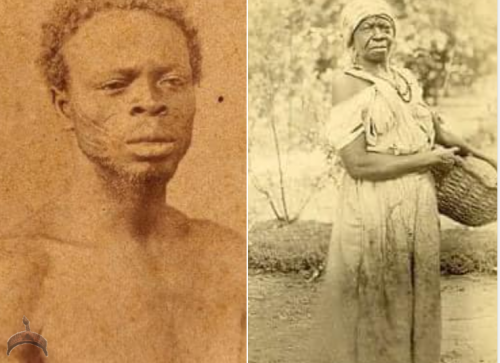