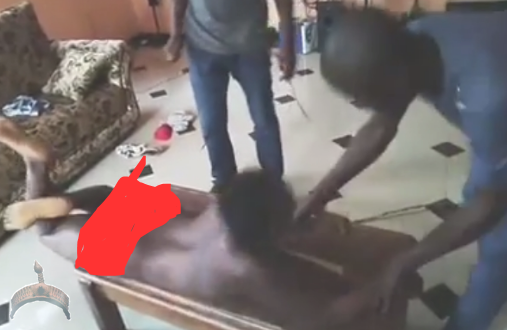 Posted by: Lolade in Breaking News, Metro life Comments Off on Uzoamaka Chukwu: Victim Of Brutality And Trauma. ‪#‎justice4uzoamaka‬

Earlier today, I met one on one with Uzoamaka Chukwu, the unfortunate 15 year old JSS 2 student from Uburu in Ohaozara LGA of my constituency who was recently made “popular” by unknown persons who brutalized and dehumanized her through torture and defilement of her humanity.  I met her on the invitation of her family who seek inquest into her sickening ordeal and also justice for her. I also insisted on hearing directly from her on the circumstances of her torture and public defilement. For if I must speak about it, I should do so on the strength of first hand information and a conviction that she is truly a victim.

Her story is heartrending and painful. And truly she is a victim of inhumanity and highhandedness of misplaced power/authority.  First, she is a 15 year old minor and wait for it…an ORPHAN! Her father died while she was only 4 in 2004 and her mother painfully followed suit two years later in 2006 when she was barely 6 years old. So she had no father to catch her in the immoral circumstance that was earlier reported. That story is on all scores a fabrication to deceive the public into antagonizing her to cover the tracks of her aggressors.

Two, her family is too poor to own that ‘rich’ apartment where she was tortured, molested and traumatized or the cars in the foreground of the premises. Indeed, she claims to know the owner of the house who she reports is the leader and master minder of her unfortunate ordeal. She remembers and positively identified more than four persons who participated in that show of inhumanity on her.

More disturbing of her revelations is the fact that TWO SERVING POLICEMEN were actively involved in this inhuman and illegal act of primitivity, along with a key political leader of her immediate environment. These two categories of public officers are those to whom one would have expected her to run if confronted with the circumstance as she suffered in their hands.
While condemning the grievous and indecent dehumanizationvthat was the torture and public unclading of Uzoamaka, one is more particularly alarmed by the mindless act of video recording the entire nauseating scene and posting online of such vile and murderous product by the same perpetrators.

Finally, I refuse to pronounce anyone guilty in this most inhuman criminality pending thorough investigation by security agencies, I however condemn it in the most strongest of terms.  I wish to assure the family who has approached me as their representative, and all well meaning persons, to assist them in ensuring that proper investigation is conducted into this matter to unravel the truth and to pursue justice for little Uzoamaka that I shall commit every energy available to me to ensure that this matter is not swept under any carpet and that no other child is made to suffer such indignity and inhumanity on any account.

I invite all men and women of good will to support this cause. I am convinced that this is well within the mandate I bear and that I enjoy your support in this regard. Finally, I appeal to the Inspector-General of Police as well as the Commissioner of Police Ebonyi State, Compol Peace Ibekwe Abdalla, to ensure that proper investigation is urgently conducted into this matter in order to bring all culprits to swift justice. I am going to remain vigilant on this matter and appeal to everyone else to do the same. This is about the humanity in us. It’s not about Uzoamaka or whoever is involved in this debacle.
#justice4uzoamaka
Pictures below are:
1. Traumatized Uzoamaka undergoing rehabilitation and medical attention.
2. Uzoamaka with her elder sister Ukamaka
3. One of the offensive pictures released online earlier by her dehumanizers 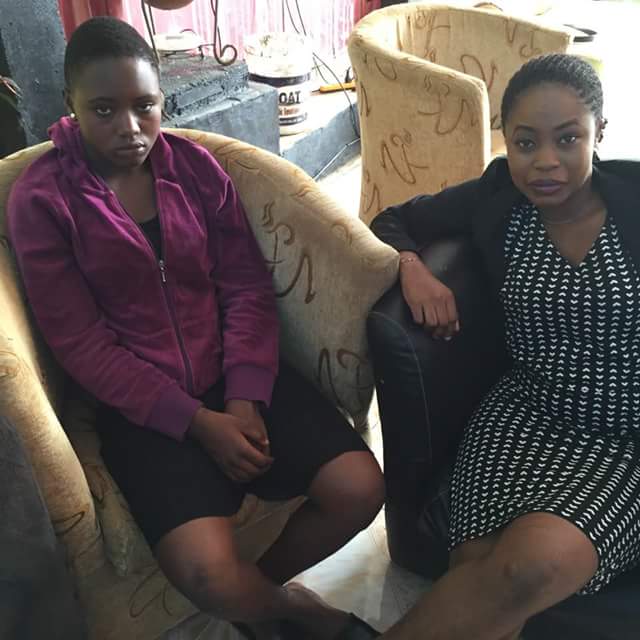 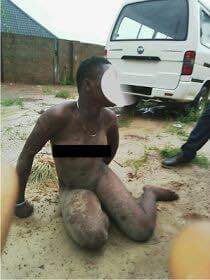 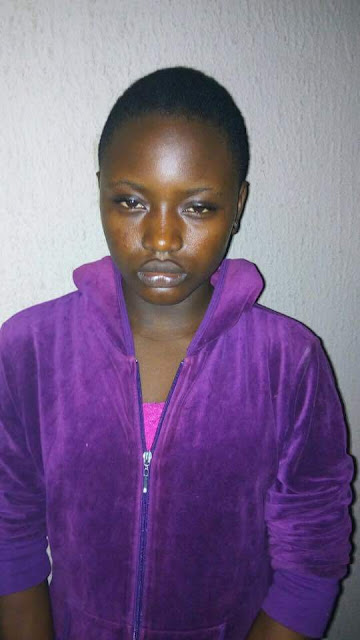 Some days back pictures and stories of this girl went viral on social media, the story then was that her father caught her having sex with a man in their home, and he stripped her and flogged her mercilessly while giving people access to snap and film her…. that story is not true in its entirety
First the young girl pictured here is Uzoamaka, she is a Jss2 student who is just 15 years old, she is an ORPHAN, she lost her dad when she was barely six years old, sadly her mum followed suit..
The people that stripped her were top politicians in my community, people who were supposed to protect and care for her, but for reasons best known to them, they thought there could shame her, funny enough the same social media they wanted to shame her with, was the same media she is getting justice from…
When the first pictures and stories went viral, concerned individuals including myself raised serious alarm and seeked for justice on her behalf.
Am glad good conscienced people like Hon Linus Abaa Okorie and Vladimir Nicholas Odi rose up and made sure that Uzoamaka is getting the justice she deserves.
The pictures below were taken by Hon Linus when he visited her at the rehabilitation center
The other offensive ones were the pictures earlier released by her oppressors
I urge people to share this post until Uzoamaka gets the justice she deserves
‪#‎justice4uzoamaka‬

Previous: “We are being persecuted,” Nigerian witches and wizards cry out
Next: 11 Nigerian soldiers killed, 1 other missing, as gunmen open fire on troops