Don't Miss
Home / News From Nigeria / Breaking News / Who Is Esu/Eshu ? (other names include Exú, Elegua and Elegba)

Posted by: admin in Breaking News, Education, Religion Comments Off on Who Is Esu/Eshu ? (other names include Exú, Elegua and Elegba) 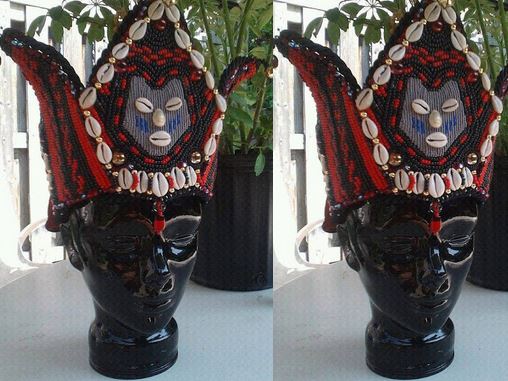 The protector of travelers, God of roads, particularly crossroads, the deity with the power over fortune and misfortune, and the personification of death, a psychopomp. Every magical ceremony or ritual begins with an offering to Eshu; failure to do so guarantees failure in the intent of the ceremony. Eshu is revered within the Orisa-Ifá system of the Yoruba as well as in syncretic faiths like Santeria/Lukumi and Candomble developed by the descendants of enslaved West Africans in the Americas, He is identified by the colours red and black, or black and white and his caminos, or paths (compare: avatar) are often represented carrying a cane, shepherd’s crook, as well as a pipe.

Eshu is a trickster-God, and plays frequently tempting choices for the purpose of causing maturation. He is a difficult teacher, but a good one. As an example, Eshu was walking down the road one day, wearing a hat that was red on one side and black on the other. Sometime after he departed, the villagers who had seen him began arguing about whether the stranger’s hat was black or red. The villagers on one side of the road had only been capable of seeing the black side, and the villagers on the other side had only been capable of seeing the red half. They nearly fought over the argument, until Eshu came back and cleared the mystery, teaching the villagers about how one’s perspective can alter a person’s perception of reality, and that one can be easily fooled. In other versions of this tale, the two tribes were not stopped short of violence; they actually annihilated each other, and Eshu laughed at the result, saying “Bringing strife and happines is my greatest joy”. 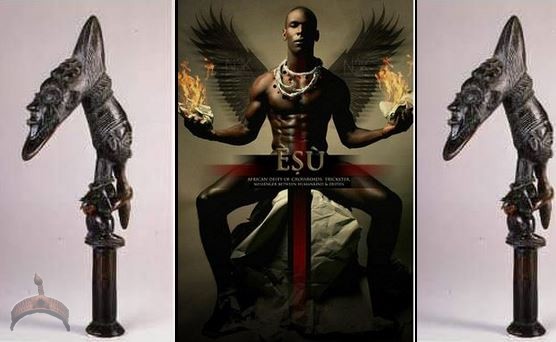 The cult of Eshu is widespread in the New World, as well as in Africa, and he is worshipped under many different names and attributes:

Exu: Although connected with the Orisha Eshu or Elegba of the Yoruba-based traditions of Candomble and Santeria, the exus and exuas of Umbanda and Quimbanda are in fact spirits of the dead.

Eleggua: Ellegua is another name used among Lukumi for Eshu. Legba: In Vodou, Papa Legba is the intermediary between the divine and humanity, while Kalfu is his Petro manifestation. Eshu also resembles the voodoo loa simbi who is both the God of magic and the intermediate between humanity and papa legba. 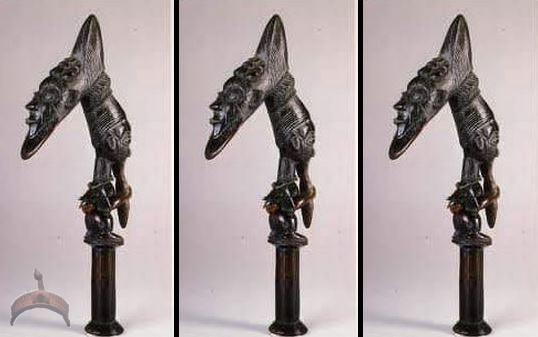 Esu: In Yorubaland, this is an energy that rose out of the Yangi (sacred red rock) and allows people to communicate with the Irunmole, Orisa, Orunmila, and so on. Also important in the African diaspora. All Esu live in consecrated sacred rocks. 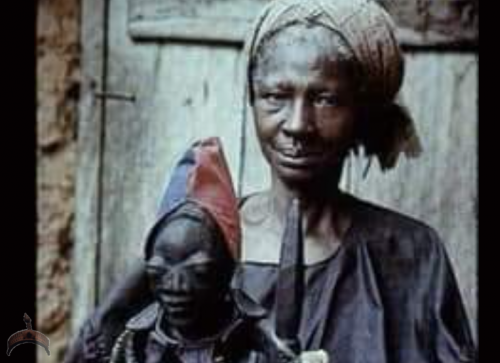