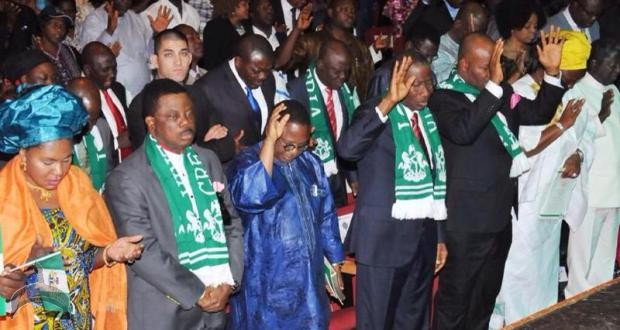 Posted by: Lolade in Breaking News, Local News Comments Off on Anambra State Spends ₦374M To Send 805 Christians To Pilgrimage In Jerusalem and Israel

Anambra State Government spent N374million in sponsoring 805 pilgrims for the 2014 and 2015 pilgrimage to the Holy land, just as 14 pilgrims went on personal sponsorship. Dr. Levi Monanu, Chairman of Christian Pilgrims Welfare Board (CPWB), made the disclosure shortly after a thanksgiving service held by the board in Awka.

He said the service was aimed at thanking God for his mercy, love and grace in leading the contingents on a safe pilgrimage, as there were no telltales throughout the trip.  “We recorded no flight mishap, no pilgrim got injured or missing in the Holy land; all participated actively in the activities and fulfilled the purpose for which we went to Israel and returned safely,” he said.

Dr. Monanu said Anambra had the highest pilgrims in the South East, that participated in the exercise, adding that the pilgrims conducted themselves in line with the Motto of the Holy visit, which is “pilgrimage, a Tool for Moral and Spiritual Transformation.’’

He commended the state government for supporting the board, noting that the state was first to embark on agricultural and leadership training in Israel.  Governor Chief Willie Obiano, in his remarks commended the contingents for representing the state well and assured that government would continue to support in building spiritually filled citizens.

The governor, who was represented by the Deputy Governor, Dr. Nkem Okeke, described pilgrimage as a tool for human and social development because the trip had assisted in reforming and building responsible citizens for development of the state. Also speaking, the Director-General, Institute for National Transformation, Abuja, Prof Vincent Anigbogu, said pilgrimage has helped to infuse character formation among the people.

He said the two day intensive training offered Anambra pilgrims under the reference time was very necessary and called for more of such training in the state to be instituted in schools in order to achieve greater results. Mrs Ifeadi Pat, a pilgrim said that pilgrimage was a worthy trip as it really helps in transforming lives of those who are likely to visit Holy Land.  She said that the government should give more room to people who could not afford the trip as it would certainly make more meaning to their Christian lives in having the chance to see in reality the holy sites.

Dr Uche Okafor said that the trip to holy land should be sustained as there is much to gain in the program and condemned the call to suspend the program from some quarters of the country. The event was graced by wife of the deputy governor, Mrs Oby Okeke, traditional rulers while the Salvation Army Band entertained the pilgrims. The board later presented plaques to the governor, his wife, the deputy and his wife as a mark of appreciation for their support towards the board. 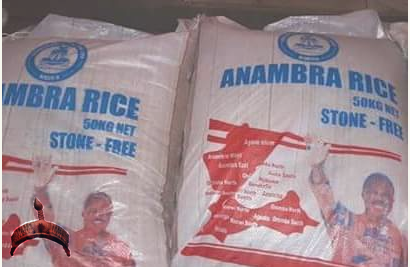 Buy Made In Anambra Rice, Sells For ₦9,000 In Onitsha (Photos)

The attached picture says it all. Produced in Nigeria by the Anambra Govt. Visit Onitsha and get a bag of rice for just N9000. #BuyNaijaToGrowTheNaira