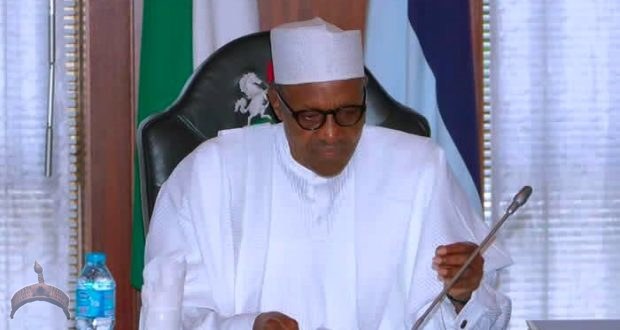 Posted by: AbubakarMuhd in Local News Comments Off on FG, roll out new salary table

Last week, President Muhammadu Buhari directed the implementation of the newly approved minimum wage  of N30,000 to all federal government workers who earn below the amount.  But the announcement, rather than elicit joy, dampened the spirit of workers across the country as it fell short of their expectations.

The President’s order was disclosed by the Executive Chairman, National Salaries, Incomes and Wages Commission [NSIWC] Dr. Richard Onwuka Egbule at a press briefing in Abuja on Monday. He said based on the president’s approval, implementation takes effect from April 18, 2019. Egbule said civil servants affected are only those who earn less than N30,000 monthly and no federal government staffer will earn less than N30,000 per month.

Egbule said “the negotiations between the Federal Government and the Joint National Public Service Negotiating Council on the consequential adjustments arising from the new national minimum wage for officers who earned salaries above N30,000 per month before 18th April, 2019 in the federal civil service will continue.” The  outcome of such negotiations, he said, will be implemented with effect from the date an agreement is reached. He also said arrears arising from implementation of the N30,000 minimum wage will be worked out by all concerned agencies in partnership with the Office of the Accountant General of the Federation.

This came after another meeting between Federal Government representatives and those of Labour ended in a deadlock. Soon after the signing of the new minimum wage into law, a joint committee was set up to work on the consequential adjustment. Till  date they are yet to reach an agreement. At their last meeting, Labour proposed 30 per cent salary increase for officers on levels 7 to 14 but the government team proposed nine and a half per cent salary increase for them. Also, while labour proposed 25 per cent increase for officers on grade levels 15 to 17, the federal government offered five per cent. A stalemate therefore ensued.

The Trade Union Congress [TUC] has threatened to embark on strike over the issue. It said government appears not to be committed to implementing the new minimum wage “going by the way its representatives in the committee set up to negotiate the adjustment arising from the new minimum wage was handling the negotiations.” TUC’s President Comrade Quadri Olaleye said the entire process lacked transparency. He said organised labour was considerate enough by lowering its initial demand of increasing salaries of GL 07 to GL 17 officers by 66.66% per cent, ‘‘yet government is only offering 9.5 per cent for levels 07-14 officers and 5 per cent for GL 15-17”. Olaleye also said the consequential adjustment is supposed to be negotiated openly in the spirit of collective bargaining. He said, “As it stands now, we may be forced to go to the trenches.”

The president’s directive to commence payment for only some workers was an anti-climax and it left many workers  disappointed.  While his order may have fulfilled the letter of the law, it definitely violated the spirit of the minimum wage law. This issue has dragged on for far too long, from the period when Labour began agitating for a review to the signing of the bill by the president.  Instead of five years after which a salary review should be done, the last time there was an increment in salaries was in 2011. There is really no reason why, three months after signing the bill, it is yet to be implemented. Officers earning above N30,000 also deserve quick implementation because they were also affected by inflation and depreciation of the Naira. Both parties should return to the negotiation table and we should have a comprehensive salary table for all grades of workers very soon.

Previous: How to apply for Dubai visa without going through any agency
Next: Supreme Court rules on Adeleke’s application