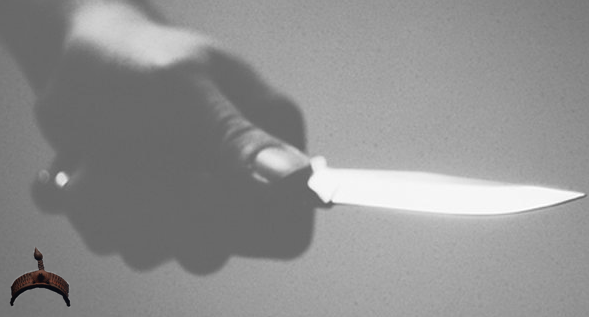 I killed, had sex with her corpse – Man confesses

Posted by: Lolade in Breaking News, Local News Comments Off on I killed, had sex with her corpse – Man confesses

The Cross River police command, has paraded a 35-year-old man, Sunday Ushie, who confessed to killing his girlfriend identified as Nnena Samuel and went ahead to have sex with the corpse. Mr Hafiz Inuwa, the acting Commissioner of Police in Cross River, who paraded the suspect before newsmen on Monday in Calabar, said the deceased was a mother of two.

He said the incident happened on Jan. 27, 2017 at Adijinkpor village in Ikom Local Government Area of the state. National Police Cap “The incident happened on Jan. 27, 2017, following a report at Ikom Divisional Police headquarters from one Cletus Etta of Adijinkpor village that his tenant had killed someone. “Upon receiving this information, my men swung into action and arrested the suspect. “The suspect confessed to have killed the woman before having carnal knowledge of her.

“Investigation is ongoing after which the suspect will be charged to court for murder,’’Inuwa said. The Commissioner appealed to members of the public to continuously avail the command with useful information that would help it respond to emergency cases promptly. In an interview with journalists Ushie, a cocoa farmer, said the deceased never gave him the opportunity to have sex with her while alive. He told newsmen that he invited the deceased to his house and killed her with a knife before having sex with the corpse. Ushie, who said he regretted his action, blamed the incident on the devil. “

It is the work of the devil. I do not know why the devil used me. I am the one that killed her. I killed her with a knife. “She was my girlfriend and I knew her for just two months before this incident happened. I had to sleep with her corpse after killing her. “It was strange sleeping with a corpse. I never had sex with her when she was alive because she never gave me that opportunity. “I was always giving her money but she didn’t allow us to have sex with her,’’ Ushie confessed.

Previous: Syrian War Report – February 13, 2017: Al-Qaeda Advances In Daraa As Govt Forces Prevail On ISIS Near Al-Bab
Next: The anti-Flynn ‘deep state’ coup – spelling it out in the clearest way possible