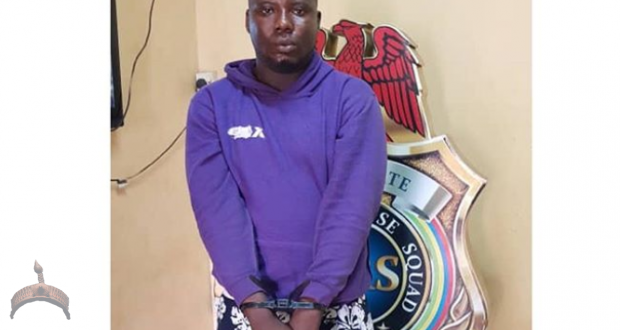 A notorious phone dealer, Da-Silva, who specialized in buying mobile phones from armed robbers, cultists and pickpockets operating in Ogun and Lagos State has disclosed that he buys over 30 phones a week and made between N25,000 and N30,000 daily from buying and selling robbed phones.

After almost three months of relentless hunt, the suspect was last week Wednesday arrested over a robbery incident around Ifako-Ijaiye, where mobile phones, laptops and other valuables were carted away at gun point.

The phone dealer, Yusuph Da-Silva, 28, popularly called ‘Da-Gold’ in Computer Village, Ikeja and Ifako Ijaiye, had been on the run after police began a crackdown on the robbery gangs supplying him mobile phones.

The suspect also confessed to have maintained links with three-armed robbery gangs who constantly supplied him with stolen phones and other valuables after their operations.

He sold the phones in Computer Village Ikeja and shipped some to Kwara, Osun and Oyo States to make tracking of the stolen phones difficult for security operatives to retrieve if investigated.

“His business in that area escalated robbery and cultism around Ifako-Ijaiye because he created a ready market for their loot. He is their Godfather”, a source said.