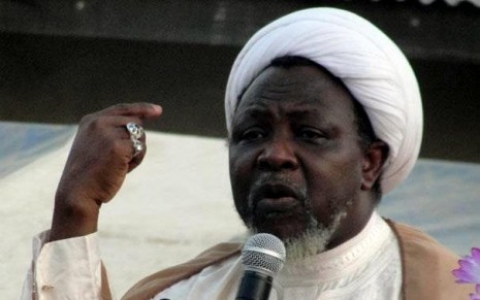 The leader of the Islamic Movement of Nigeria, Sheik Ibraheem El-Zakzaky (Sheikh Zakzaky), has been captured by Nigerian troops after long hours ‘ siege on his home in Zaria.  One of his supporters confirmed his capture to OoduaRere.com

While the armed force blame the sect members for trying to kill the Chief of Army Staff, Lt General Tukur Buratai, the Islamic Movement said fighters opened fire on defenceless innocent people who were on a peaceful procession.

It was assembled from residence that intensely outfitted soldeirs maintained a crackdown on the individuals from the movement all through Saturday night till the early hours of Sunday.

Substantial shootings were heard in Gullesu and Sokoto street, where the spiritual centre of the faction is found.

The Islamic Movement asserted that more than 500 of their individuals were executed by troopers in Zaria, Kaduna State.

They called on the global community and human rights group to look into the killings.

The Islamic movement has over a million individuals, for the most part in Kaduna and Kano states.

The Nigerian Court of appeal site has been hacked by a Pro-Shi’a sect. The message left on the site which is down right now reads. See the message after the page break bellow.