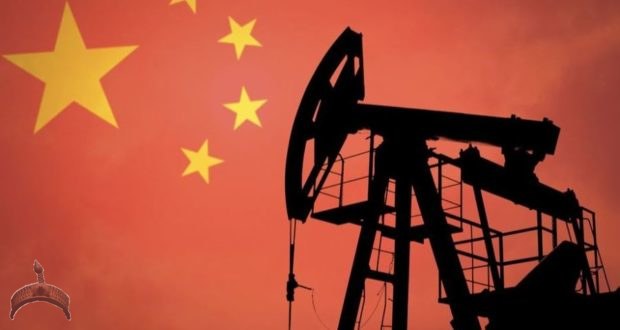 China taking the long road to solve the petro-yuan puzzle

Posted by: BalogunAdesina in World News Comments Off on China taking the long road to solve the petro-yuan puzzle

Few geoeconomic game-changers are more spectacular than yuan-denominated future crude oil contracts – especially when set up by the largest importer of crude on the planet.

And yet Beijing’s media strategy seems to have consisted in substantially play down the official launch of the petro-yuan at the Shanghai International Energy Exchange.

Still, some euphoria was in order. Brent Crude soared to $71 a barrel for the first time since 2015. West Texas Intermediate (WTI) reached the highest level in three years at $66.55 a barrel; then retreated to $65.53.

Does the launch of the petro-yuan represent the ultimate deathblow to the petrodollar – and the birth of a completely new set of rules? Not so fast. That may take years, and depends on many variables, the most important of which will be China’s capacity to bend, tweak and ultimately rule the global oil market.

As the yuan progressively reaches full consolidation in trade settlement, the petro-yuan threat to the US dollar, inscribed in a complex, long-term process, will disseminate the Holy Grail: crude oil futures contracts priced in yuan fully convertible into gold.

That means China’s vast array of trade partners will be able to convert yuan into gold without having to keep funds in Chinese assets or turn them into US dollars. Exporters facing the wrath of Washington, such as Russia, Iran or Venezuela, may then avoid US sanctions by trading oil in yuan convertible to gold. Iran and Venezuela, for instance, would have no problems redirecting tankers to China in order to sell directly in the Chinese market – if that’s what it takes.

How to bypass the US dollar

In the short- to medium-term the petro-yuan will surely boost the appeal of the Belt and Road Initiative (BRI), especially when it comes to the House of Saud.

It’s still unclear in what capacity Beijing will be part of the Aramco IPO, but that will be a decisive step towards the fateful historic moment when Beijing will tell – or compel – Riyadh to start accepting payment for oil in yuan.

Only then the petrodollar may be at serious risk – along with the US dollar as the global reserve currency.

I have stressed before how, at the 2017 BRICS summit, Russian President Vladimir Putin went no holds barred supporting the petro-yuan, specifically challenging the “unfairness” of the US dollar’s unipolar dominance.

How to bypass the US dollar, as well as the petrodollar, has been discussed at BRICS summits for years now. Russia is now China’s largest crude oil supplier (1.32 million barrels a day last month, up 17.8% from a year earlier.) Moscow and Beijing have been forcefully bypassing the US dollar in bilateral trade. In October last year, China launched a payment system in both currencies – the yuan and the ruble. And that will apply to Russian oil bought by China.

Still, the whole petrodollar edifice lies on OPEC – and the House of Saud– pricing oil in US dollars; as everyone needs greenbacks to buy oil, everyone needs to buy (spiraling) US debt. Beijing is set to break the system – as long as it takes.

The petro-yuan as it stands does not provide access to Chinese oil markets. It starts as a great deal especially for Chinese companies who need to buy oil but would rather avoid the oscillations of foreign exchange. Nothing changes for the rest of the US dollar-dominated commodity planet – at least for now.

The game will really start to change when other nations realize they have found a real credible alternative to the petrodollar, and switching to the yuan en masse will certainly spark a US dollar crisis.

What the petro-yuan may be able to provoke in the short term is an acceleration of the next crises in treasuries and bond markets, which will inevitably spill out in the form of a crisis in global currency markets.

The game-changing aspect, for now, mostly has to do with the exquisite timing. Beijing has crafted an ultra-long-term plan and yet chose to launch the petro-yuan smack in the middle of a period of sharp deterioration in trade relations with Washington.

The answer to the geoeconomic riddle is bound to be The Golden Moment. Eventually gold will rise to a level where Beijing – by then totally in control over physical gold markets – feels ready to set a conversion rate.

The – Arabian – ‘petro’ side of the petrodollar equation should have been replaced long ago by a priceless, captured pan-Eurasian resource basket. That was what Dick Cheney dreamed of – centering his dreams on the energy wealth of Central Asia and Russia.

That did not happen. What we have instead is shrieking, manic Russophobia – more like a graphic indication of how precarious is the position of Western banking elites. On top of it, with the petro-yuan, China deploys the key weapon, incorporated into BRI, capable of accelerating the end of the unipolar moment.

Yet this is just the initial step in an ultra-high-stakes game. One should keep one’s eyes firmly focused on the interpolations between trade connectivity and technological breakthroughs. The petrodollar may be in danger but is far from finished.

Previous: How U.S. swindles Nigerians in visa application fees
Next: How the East can save the West