Don't Miss
Home / News From Nigeria / World News / Hassan Nasrallah: Israel is in despair after the defeats of Daesh 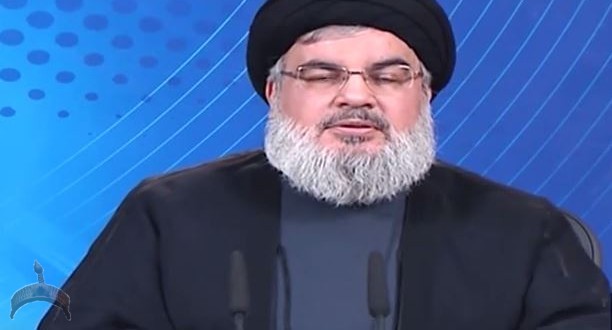 Hassan Nasrallah: Israel is in despair after the defeats of Daesh

Posted by: BalogunAdesina in World News Comments Off on Hassan Nasrallah: Israel is in despair after the defeats of Daesh

Speech by Hezbollah Secretary General Sayed Hassan Nasrallah on 28 August 2017 on the occasion of the Second Liberation, following the complete surrender of the terrorists of Daech and Al-Nosra in Lebanon

[…] We are truly facing a great victory (against Daesh in Lebanon). From there, consider that on May 25, 2000, we expelled the Zionist Occupying (Lebanon) and today we all (the Syrian and Lebanese armies and Islamic Resistance) have expelled the occupying terrorist takfiri. This is one of the fundamental similarities.

Lately, everyone knows that they planned there, in the Jurd of Ersal, Daech was preparing suicide operations and attacks in Zahle and in the surrounding villages, but the intelligence services of the Lebanese army discovered them before the operations were conducted.

Today we face this reality. And maybe it would come to the mind of some to say “ô Sayed [Nasrallah], as regards Israel, it is something very different (from what happens today).” But no, it is a continuation. Day after day, it is shown that these Daech and takfiri groups have been created by American power and fought to realize the Israeli project. They fought (in the interest of the) Israeli project. And what these takfiri terrorist groups have offered Israel, Israel could never get it for decades.

And more dangerously… I do not want to classify these two dangers, because I believe that these terrorist groups are fighting within the American-Israeli project, whether they know it or not. Their leaders know for sure. The fools are the fighters who got fooled by false and superficial slogans. Israel is an occupation and hegemony project. Israel is an occupying project. The United States are a project of hegemony. Daech and other takfiri groups are an extermination project. The extermination of all that is different (from them): Muslim, Christian, Sabean, Yazdi, everything. That is an extermination project. The extermatnion of man, of History, of civilization, of society, of all things. And then when our region is destroyed, its armies, its plans, its states, its institutions, its social structure, it will be offered (on a silver platter), primed, cooked to perfection, roasted and stuffed to America and Israel, so that they seize it and impose their conditions on everyone.

And that’s why today, who is shedding tears over the fate of Daesh in Syria, in Qalamoun and in Iraq? Netanyahu and Israeli officials! It is they who mourn (bitterly) and yell sorrowful lamentations! Currently, their problem with the Trump administration is that it committed itself to the eradication of Daesh as a priority, the same administration that recognizes that this is the Obama (and Clinton) administration who created Daesh. This is why no one should come and say that there is a big difference between the Liberation of South(-Lebanon in 2000 against Israel) and this battle (against Daesh) and that the liberation of South ranks first (in importance), and that (the Liberation of our borders) is in 10th place (for example) in any way! (Liberation of southern Lebanon against Israel) is first, (the Liberation of our borders against Daech) comes right away in second place! For it is a continuation of the battle against Israel.

Read Israeli (statements and press). (Unfortunately), the Lebanese and the Arabs do not read much. Read what they say, what they write, especially these days, with the ongoing eradication of Daesh in Iraq, Syria and Lebanon, so that you realize clearly that Daesh is a true Israeli project.

We are indeed facing the Second Liberation (of Lebanon). The date of the First Liberation is May 25, 2000. The date of the Second Liberation, for history, is today (28 August 2017). I do not mean the day (to be selected for an annual commemoration of this event). Today we wrote… Last time, today’s date, August 28, 2017, was empty (of any commemoration) in the calendar. But not for 2018. By the will of God, this day and this month are written by the Lebanese Army, the Syrian army and fighters of the Islamic Resistance in Lebanon. This was written today (in the annals of History): August 28, 2017 is the Day of the Second Liberation, which will be recorded as a glorious day in the history of Lebanon and the history of the region.

Now whether the Lebanese government (led by the pro-Saudi Saad Hariri and his March 14 coalition, facing the movement of March 8, with Hezbollah and its allies) recognizes it or not, that’s their problem, just like what happened on May 25, 2000. The situation was somewhat different at the time, that date was declared a national holiday, then was removed from the calendar at the time of a previous Prime Minister. But then, thanks God, a head of government redid the occasion of May 25 a day of remembrance.

We now have an opportunity to commemorate: August 28, 2017. I speak only of the historical event that took place on August 28, I do not write the history (and national holidays) myself. But today there is no longer any daechiste, takfiri, (member of) Al-Nusra Front or (any other terrorist) on the least grain of sand, any mountain or any Lebanese hill. It was on that date (this event occurred). After that, if the government wants to keep that date, or choose August 27, August 25, August 31 or September 3 (for the commemoration), I have no problem. I do not precede anyone, I speak only of the historical event.

On this basis, I wish to conclude with this call (to celebrate this event this Thursday 31th, the day of Arafat, on the eve of Eid-al-Adha): you remember that on May 25, 2000, it is all Lebanon who won, and Lebanon was happy with the victory (against Israel), with the exception of those who had placed their hopes in the Israeli occupation, and there were (a number) in the country, and those who had placed their hopes in the army of Antoine Lahd. So on that day, there was a majority (of Lebanese) happy, and (a minority) of people whose faces were darkened (with bitterness) because their plans had collapsed.

Today… But (in 2000), the happiest people, despite the fact that it was a national day, celebration and victory, were southerners, residents of southern Lebanon and Jabal Amel who were the happiest of all with this victory and this Liberation. The reason is simple: it is because the occupation took place on their mountains, their hills, their cities, it is their sons and daughters who were imprisoned, their peasants and farmer were fired at, and a daily threat was hanging over them. We remember the bombing against Sidon and Nabatiye and children and schoolchildren’s heads torn in the streets. It is quite normal that the people of the South, who are those who have suffered most and have the most sacrificed,were (more) happy on May 25, 2000.

Today, all of Lebanon won, and logically, the vast majority (of the population) is pleased, with the exception of those who have placed their hopes on the Al-Nusra Front, on Daesh and the regional states and world powers that stand behind them. It is understandable that they are angry, saddened and dismayed, and they offer their condolences, it is normal. And a few days ago, 2 or 3 weeks, they have insulted, reviled and slandered us, but let them act as they please. We understand their sadness and pain.

But with certainty, the vast majority of Lebanese are happy because without these (victorious) confrontations for several years to date, Daesh, the Al-Nusra Front and their like could have seized the Bekaa, the North and reached other places in Lebanon and we would have experienced a disaster. See what happened in the country and the societies around us (Syria, Iraq, Libya).

But it is also natural that the happiest people in the Second Liberation are our noble people of the Bekaa. They are the ones whose mountains, Jurds and fields, were attacked with car bombs and suicide bombers, against Hermel, Bekaa and Ras Baalbek, and the whole area was threatened upto all Zahle and the Bekaa, and now that this nightmare disappeared from their mountains, their hills, their Jurds, their homes and their lands, they sure are going to be the happiest of all. For they have suffered more than all, and in this battle, it is among them that there was the most sacrificed (martyrs).

It is true that our brothers, our families and the officers and soldiers of the Lebanese Army came from all regions of Lebanon and fought on this front, but there is no doubt that today in the Bekaa, there are no villages, especially in Baalbek-Hermel, in which are not found one, two or three martyrs, and one, two or three wounded. The Bekaa residents have also shaped this victory by the blood of their loved ones and their children, the apple of their eyes, the best elements among their young men. Not to mention the wounded who are still in the homes and in hospitals. Therefore it is normal that they are happy, congratulate themselves and take pride in this victory which is a national victory in general,but especially a victory for the Bekaa. […] 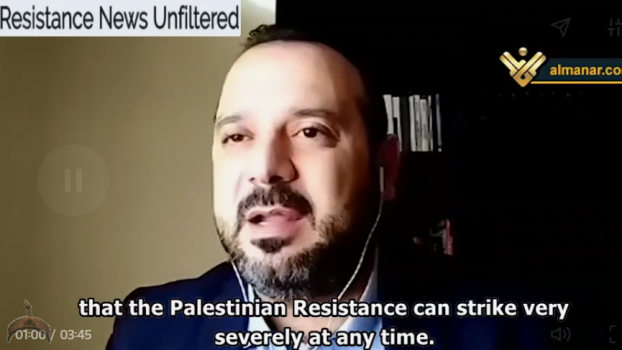 Speech by Sayed Hashem Safi al-Din, Head of the Executive Office of Hezbollah, on May 17, 2021, at a rally in support of Gaza and Palestine, held in the southern suburbs of Beirut (Dahiyeh), four days before the ceasefire. Source: https://www.youtube.com/watch?v=1HxmCpJ4ZqE Translation: resistancenews.org An editorial note: The two Dailymotion videos on this translation were subtitled specifically for this speech and they were censored by Youtube. Some browsers autoplay these videos and some not. If it auto-plays and you do not want that, just ...