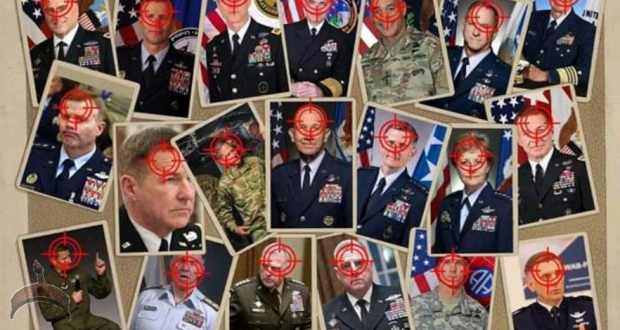 Iran government has identified at least 35 U.S. targets for their retaliatory attack following the death of its Revolutionary Guards commander, Qasem Soleiman, who was killed in a United States airstrike ordered by President Donald Trump.

Iran president Hasan Rouhani vowed to avenge the attack by U.S Donald Trump and the latest threat has been confirmed by General Gholamali Abuhamzeh, the commander of the Guards in the southern province of Kerman.

Iran identifies 35 U.S targets for retaliatory attacks, revenge strikes expected ‘within weeks’
Targets identified by Iran include ships in the Persian Gulf, the Strait of Hormuz and Tel Aviv. Abuhamzeh also added that vital American targets in the region had been identified a ‘long time ago’.

‘The Strait of Hormuz is a vital point for the West and a large number of American destroyers and warships cross there … some 35 U.S. targets in the region, as well as Tel Aviv, are within our reach,’ he said, according to Reuters.

A retaliation attack from Iran could be seen ‘within weeks’ either at home or abroad, a senior congressional staffer told Time.

The staffer said: ‘There is no indication that there is going to be a de-escalation in the near future. The only question is how bad is the retaliation going to be and where and what is it going to hit.’