ISIL released a Video implying to show the execution of 21 Egyptians.

ISIL insurgents released a video Sunday implying to show the execution of 21 Egyptian Christians by the terrorists. 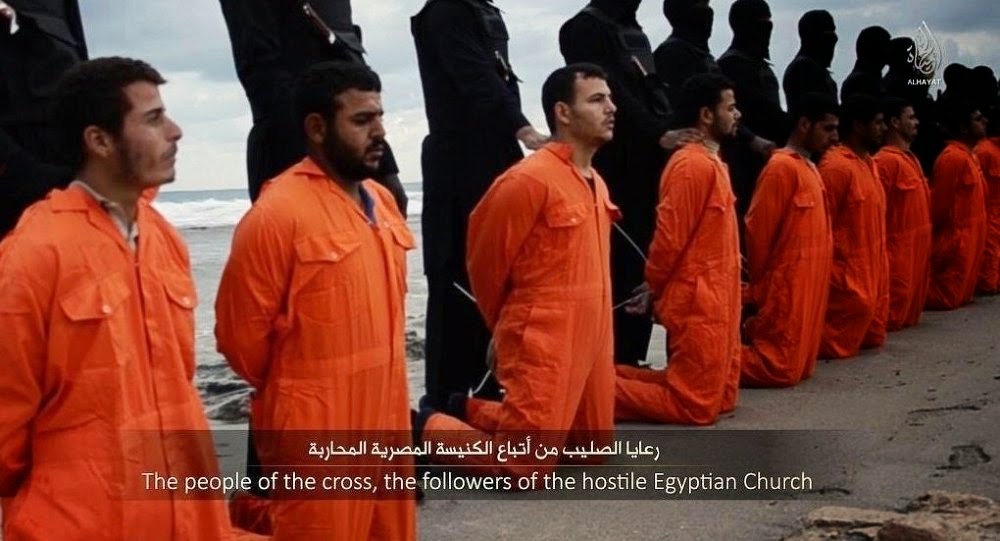 The footage was posted Sunday on Twitter channel of a site that backings ISIL, imagining the prisoners wearing orange suits. In the video militants walked the prisoners to a shoreline, constrained them onto their knees and after that decapitated them.

The group said in the video that the execution was requital for “Muslim women persecuted by Coptic crusaders in Egypt”. The caption under the video read: “The people of the cross, followers of the hostile Egyptian church.”

Media reports developed prior on Sunday, guaranteeing that a gathering of anglers was snatched by the furnished activists. The powers of the syndicate in Kafr El-Sheik, where the anglers met expectations, urged the Egyptian government to make prompt move for the early return of their workers, as per Sky News Arabia.

In late December 2014, the shooters in the Libyan city of Sirte caught a group of Egyptian specialists, likewise Coptic Christians. It was later discovered that they were executed by Islamic State.

ISIL is a jihadist assemble that seized considerable parts of Iraq and Syria in 2014, declaring an Islamic caliphate in the territories under its control.

On Friday, the aggressors connected to the Islamic State grabbed a radio station in the city of Sirte, which is placed 500 kilometers (310 miles) east of the Libyan capital Tripoli.