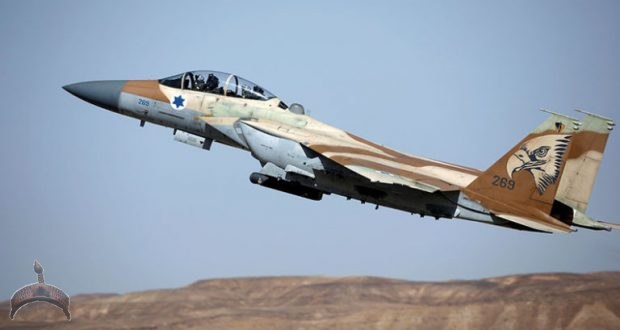 Posted by: BalogunAdesina in World News Comments Off on Israeli, Us Fighter Jets Conducted Anti-drone Exercise Over Red Sea

Israel and the US had conducted a joint aerial exercise over the Red Sea meant to improve their capabilities to intercept hostile drones, the Makan 33 TV reported on March 1 citing the Israeli Army Radio.

The radio station, which is run by the Israeli Defense Forces (IDF), said that the drills lasted for several days without elaborating.

The IDF has been very active in the Red Sea lately. Last November, forces from Israel, the United Arab Emirates (UAE), Bahrain and the US Naval Forces Central Command (NAVCENT) conducted a five-day maritime exercise in the red sea. That was the first time that Israel publicly trains with the UAE and Bahrain.

Israel’s military activity in the Red Sea appears to be a response to Iran’s growing influence in Yemen. Tehran allies in Yemen, the Houthis (Ansar Allah), control much of Yemen’s western coastline.

The Houthis, who have been threatening Israel for the last few years, possess a large arsenal of suicide drones. Some of the group’s drones are thought to be capable of reaching the Israeli Red Sea port city of Eilat. This threat explains why Israel has been working hard to improve its capabilities to detect and intercept hostile drones over the Red Sea.

The Red Sea could become the new theater of the ongoing covert conflict between Israel and Iran. Tehran has already blamed Tel Aviv for the 6 April 2021 attack on Iranian cargo ship Saviz which is reportedly being used by the Islamic Revolutionary Guard Corps to support the Houthis in Yemen.