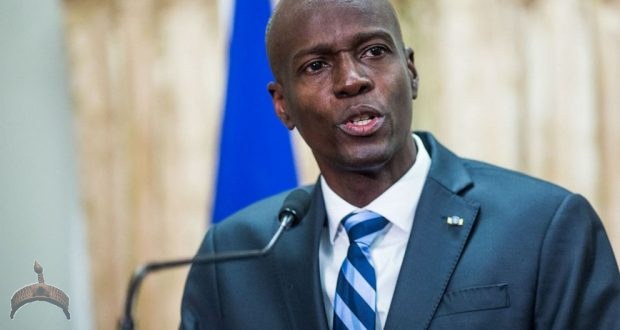 Posted by: AbubakarMuhd in Breaking News, World News Comments Off on Quick news update from the Saker (July 15th, 2021)

It turns out that the Colombian thugs which killed the President of Haiti were linked to both the DEA and the FBI.  The former agency confirmed that the killer were, indeed, part of a DEA team , but they never got the order to kill anybody.  Right.

[Sidebar for the alternatively gifted: if you are thinking “oh no!  The DEA is a respected branch of the US government, they would never do that“, I remind you that this latest assassination was in many ways very similar to the (failed) coup against Maduro (when they tried to blow him up with a drone) and the (also failed) “invasion from the sea”, again against Maduro (whom they wanted to kidnap and bring to the USA) which was also executed by thugs close to US three letter agencies.]

In the meantime, the Mayor of Miami wants the US military to bomb Cuba.  His logic?  Both Republicans and Democrats bombed sovereign nations in full illegality (no UNSC Resolution).  Does that mean that he wants Russia to bomb the USA for all the truly innumerable cases of human rights and civil right violations committed in the US?

By the way, the riots in Cuba were very limited and short lived, especially if compared to the numerous violent protests in Colombia.

It is also funny to see how Cuban rioters are freedom fighters whereas the protesters of Jan 6th are “terrorists”.

Putin has just authored a seminal article on the history of Russia and the Ukraine.  See here for the article itself, and for a follow-up interview here.  I won’t write a detailed reaction/analysis of this text for the two following reasons:

Finally, there is a lot of things going on in the Ukraine, “Ze” seems to be in real trouble as the Biden Admin seems to be preparing a “post-Ze” period.  Very interestingly, the Ukronazi strongman cum (now ex-) Minister of the Interior, Arsen Avakov, either was resigned or resigned voluntarily.  Most observers agree that the reason for this was to decouple Avakov (which the Empire still needs) from “Ze” (which is totally useless) before “Ze” sinks to the bottom of the ocean.   It is too early to pick a version, but knowing the Ukraine, the info about what just happens will definitely leak and will be made public by the Ukrainian opposition leaders and analysts (Elena Bondarenko, Anatolii Sharii, Rostislav Ishchenko, Mikhail Pogrebinskii, etc.).

Very bad news from France: Macron clearly wants to make anti-Covid vaccines mandatory, first for healthcare workers and, this fall, apparently for everybody.  Knowing the French, there will be violent resistance to this kind of freedom-crushing measures.  A military coup is also always a possibility.  The “great silent one” as the French military is often called might not remain silent, especially not after many French generals warned that France is at the edge of a major collapse.

Yesterday was the National Holiday of France and the cops beat the living crap of the many rioters which took to the streets to protest the policies of the French government.  That is “democracy” at work I suppose 🙂

In Russia, the Moscow Patriarchate, always the obedient mouthpiece for whoever happens to be sitting in the Kremlin, has gone as far as to declare that those who refuse the vaccination are committing a sin!  Here is the original article (in German) about this: https://de.rt.com/russland/120250-russisch-orthodoxe-kirche-impfverweigerer-begehen/ and here is a machine translation into English: https://translate.yandex.com/translate?lang=de-en&url=https%3A%2F%2Fde.rt.com%2Frussland%2F120250-russisch-orthodoxe-kirche-impfverweigerer-begehen%2F.

Keep in mind that Putin himself said that there would never be mandatory vaccinations in Russia, so in this case the Moscow Patriarchate tried to over-please the Kremlin a little too much and, as as result, we have this weird situation of Putin saying that each Russian can decide for himself/herself whether to take a vaccine or not, and the MP adds that “yes, you a free, but say “no” and you are sinning before God”.  Truth be told, these folks are selected for their total obedience, not for their brains…

Of course, there is absolutely NO theological excuse for such a crazy statement, none!  Keep in mind that the person who made that statement is not just some lone, crazy, bishop but the Chairman of the Department for external Church relations of the Moscow Patriarchate, Metropolitan Hilarion.  It don’t get more official than that.  Also, “Patriarch” Kirill used to occupy that function in the past (the Dep of External Relation of the Moscow Patriarchate was simply a franchise of the bad old Soviet KGB) and that is a function which only the most trusted candidates are allowed to ever reach.  You can think of the MP as a combination of Peskov and Zakharova, only dressed up in clerical vestments.

In conclusion, I have a dilemma and I would ask for your opinion: as many of you know, I have a very bad opinion of the Moscow Patriarchate (MP) and I don’t even recognize it as a legitimate part of the Russian Orthodox Church.  I could write up an article explaining it all, but I ALSO am aware that the MP is under attack by all the russophobic factions in the West and under attack by western religious sects (including the woke-home-lobby in both the US and EU).  Last, but certainly not least, there are a lot of people who simply don’t know the history of the MP and who sincerely take it to be a Russian Orthodox Church.  If I break the truth to them, they will be hurt and deeply offended.

I think my latest “cage rattling” exercise about the COVID-deniers proves that I do not shy away from writing deeply unpopular things (writing has never been a popularity contest for me, and since I have no ads and, therefore, no ad-money, I don’t have to worry about my controversial positions affecting my revenue.  But while I have no respect for the attitude, behavior and intolerance of the COVID-deniers, I have a great deal of respect for the Russian Orthodox faithful who know very little about the history of the MP and who very sincerely love their parish priest, possibly even their ruling bishop.  And I do not want to offend these “little ones” (in faith).

So what do I do?  Do I break this abscess and let all the pus out, or shall I wait for better times?

I will end on a funny note: a US “diplomat” was caught on CCTV stealing a sign along a train track near the city of Tver in Russia.  It was not the FSB or the FSO which caught him, but the local police department.  The “diplomat” was quickly and quietly removed from Russia by the US Embassy.  This happened earlier this Spring, but the Russians released the video (see here) only now.  I knew that US diplomats nowadays were crap, but that kind of kleptocracy really reaches a new low 🙂  Next, the Russians will catch a US “diplomat” exhibiting himself in front of schoolchildren or eating his own feces.  Should that happen, Uncle Shmuel will blame the “KGB” (sic) for using an super dooper and super secret “energy weapon” against the coprophagic “diplomat” (especially if “diversity” in hiring continues to be the #1 criteria for the US government).

PS: about the US fleeing from Afghanistan, there is an interesting question which all should ask ourselves.  The question has two parts.  Part one: how many countries has the US invaded, or bombed, or overthrown or otherwise subverted since the end of WWII? and part two: to how many of those countries did the US bring freedom, democracy and progress?