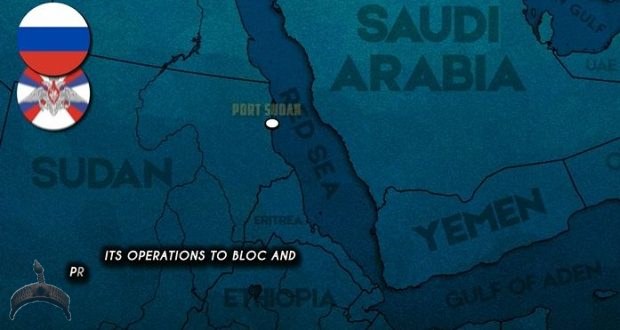 Posted by: AbubakarMuhd in Breaking News, World News Comments Off on Russia Returns To Power Game In Red And Arabian Seas

For the first time since the collapse of the USSR, Russia is establishing a naval base close to vital maritime supply lines.

The Russian government revealed on November 11 that Prime Minister Mikhail Mishustin approved a draft agreement on creating a naval logistics base in Sudan and gave instructions to submit a proposal to the president on signing the document. The draft deal was submitted by the Defense Ministry, approved by the Foreign Ministry, the Supreme Court, the Prosecutor General’s Office and the Investigative Committee of Russia and was preliminarily agreed to by the Sudanese side.

According to the agreement, the Russian Navy’s logistics facility in Sudan “meets the goals of maintaining peace and stability in the region, is defensive and is not aimed against other countries.” The base can be used for carrying out repairs and replenishing supplies and for the crewmembers of Russian naval ships to have a rest. The logistics base is expected to embrace the coastal, water and mooring areas.” The Sudanese side has the right to use the mooring area upon agreement with the authorized body of the Russian side,” the document reads.

The text says that a maximum of four warships may stay at the naval logistics base, including “naval ships with a nuclear propulsion system on condition of observing nuclear and environmental safety norms.” Also, Russia will reportedly deliver weapons and military hardware to Sudan in order to maintain the air defense of the Port Sudan area, where the Russian naval facility would be located.

The military-technical and security cooperation between Russia and Sudan has significantly increased since 2017. The creation of the Russian naval base there is a logical step to develop this cooperation. It should be noted that the Russian base in Syria’s Tartus also had the name of a ‘logistical facility’ before it was transformed into a fully-fledged naval base.

If this project is fully implemented, this will contribute to the rapid growth of Russian influence in western Africa. Russian naval forces will also be able to increase their presence in the Red Sea and in the area between the Gulf of Aden and the Gulf of Oman. Both of these areas are the core of the current maritime energy supply routes. The naval facility will allow Russians to resupply their naval group in the region more effectively and increase the strength of their forces. For example, at least one Russian naval group regularly operates as a part of the anti-piracy mission near Somalia and in the Indian Ocean in general.

The new base will also serve as a foothold of Russia in the case of a standoff with naval forces of NATO member states that actively use their military infrastructure in Djibouti to project power in the region. The increased presence of the Russians in the Red Sea is also a factor that could affect the Saudi-Houthi conflict. If the Russian side opts to indirectly support the Iranian-Houthi coalition, the situation for the Saudi Kingdom will become even more complicated. Its operations to block and pressure the Houthi-controlled port of al-Hudaydah would become much less effective.

It is expected that the United States (regardless of the administration in the White House) will try to prevent the Russian expansion in the region at any cost. For an active foreign policy of Russia, the creation of the naval facility in Sudan surpasses all public and clandestine actions in Libya in recent years. From the point of view of protecting Russian national interests in the Global Oceans, this step is even more important than the creation of the permanent air and naval bases in Syria.

Previous: Live Drama As Thirsty Goat Opens Tap To Drink Water After Owner Closed It (Video)
Next: The Karabakh war is over. The crisis is not. What comes next? 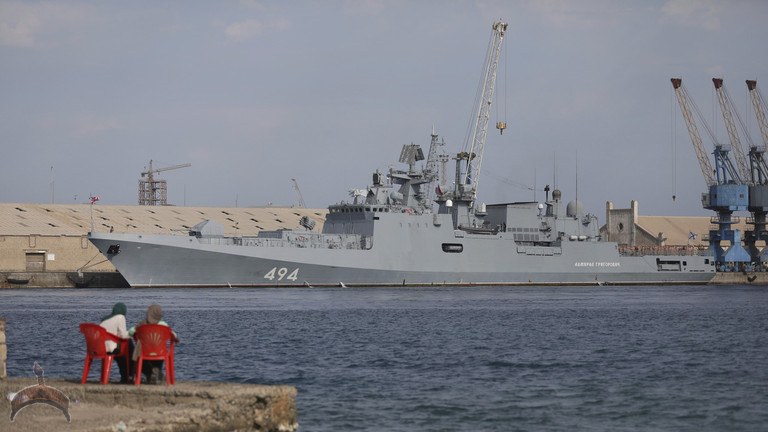 The newly arrived ambassador tells Sudan a Russian naval base would have “consequences” Within weeks of his arrival in Sudan, the first US ambassador in 25 years has already threatened Khartoum with “consequences” if it follows through on a deal with Moscow for a Russian naval base on the Red Sea. “All countries have a sovereign right to decide which other countries to partner with, but these choices have consequences, of course,” Ambassador John Godfrey told the Sudanese daily Al-Tayar ...