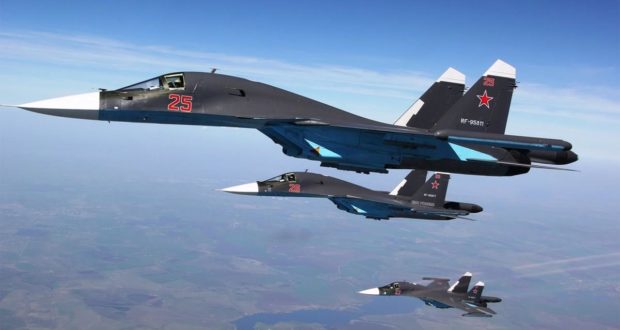 Posted by: BalogunAdesina in World News Comments Off on Russian Jets Deliver 64 Strikes on Militants Near Palmyra, Shielding the City

The Russian Aerospace Forces delivered 64 airstrikes on militants and thwarted their attempt to break into Palmyra during the night.

Eleven battle tanks and infantry fighting vehicles, 31 cars with heavy machineguns, and over 300 militants were destroyed.” Earlier, a source in local militia said the Syrian Army had managed to repel a terrorist offensive and regain full control of the city. The Syrian armed forces and local militias were engaged in fierce fights against Daesh on the outskirts of the ancient city.

The Syrian Arab Army, backed by the Russian Aerospace Forces, liberated Palmyra in March, 2016, nearly a year after it was captured by Daesh, which is outlawed in Russia, in May 2015. During the invasion, the militants destroyed a number of ancient objects, including necropolis, the Arch of Triumph, as well as the temples of Baal Shamin and Bel.