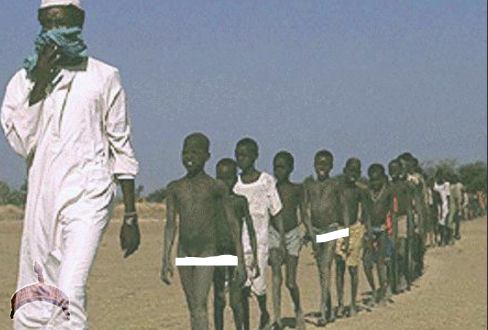 Slavery In Africa Is Alive, Well And Ignored – Bederman

Posted by: ayangalu in Breaking News, World News Comments Off on Slavery In Africa Is Alive, Well And Ignored – Bederman

Why has the Muslim Babalawo been tight-lipped on HUMAN SUBJUGATION of his own Brothers in East Afrika and Northern Nigeria? I find this horrifying and disturbing!!!
By Diane Weber Bederman
Simon Aban Deng is a Sudanese human rights activist living in the United States. A native of the Shilluk Kingdom in southern Sudan, Deng spent several years as a child domestic slave in northern Sudan. At nine he had been taken to Northern Sudan by Abdullahi, an Arab neighbour, enslaved for three and a half years by Abdullahi’s family. He was beaten, worked constantly, slept with the animals and ate leftovers.

He was one of thousands of men, women and children from the south sold into slavery in the north as concubines, domestic servants, and farm labourers. In 2008, a member of the Sudanese Parliament in Khartoum estimated that at least35,000 were still enslaved in the borderland of Northern and Southern Sudan.

Many of the slaves were Christians taken north and forced to convert to Islam or die. Their faces were branded. Deng has been talking about his experiences after living as a free man for more than 20 years. It was shame that kept him quiet. But living in America he developed the courage to speak when he read about slaves in Sudan being bought for $10.00.

According to Deng about 4 million innocent men, women and children were slaughtered from 1955 to 2005 in South Sudan. Seven million were ethnically cleansed and they became the largest refugee group since World War II.
Jok Madut Jok in his book War and Slavery in Sudan goes against conventional wisdom and says that the practice of slavery in Sudan is not the result of civil war, or over natural resources, but rather the result of hostilities between the Islamic world to the north and the Black African peoples in the south, many of whom are Christian converts.”The Arab slave-takers pick their victims based on race, ethnicity and religion and consider the blacks in the South to be inferior infidels.”

This contempt for a race, an ethnicity a religion, is not new. For me it is devastating that we refuse to learn from the past-from the Armenian genocide, the Holocaust, Rwanda. When we allow others to redefine the meaning of human we open the door to unspeakable horror. That door was opened in the early 90s in Sudan by what Deng calls the Khartoum jihad that legitimized slaves as war booty. It is estimated that 200,000 were kidnapped and brought North and sold into slavery.

Historically, the Arabs invaded the North of Africa and converted the indigenous people to Islam. In Deng’s view the Islamists in Khartoum don’t view the Darfurians, who were invaded by the Arabs and converted to Islam, to be Muslim enough. And that has led to what he calls the genocide of his people.
When I hear this I am reminded of the Conversos in Spain in the 1400s. With the onset of the Spanish Inquisition, those Jews who had converted to Catholicism to avoid expulsion or death were questioned about their conversions. They were perceived as not Christian enough. Too many were tortured and murdered, burned to death. The rest of the Jews were expelled from Spain in 1492.

In 2011 Deng went to the third Durban Conference that took place in New York to bring the travesty against his people to the public. His anger was directed at the UN for ignoring the plight of his people while concentrating all their energy on Palestinian refugees.

He accused the UN of muffling the cries of those who suffer on a far larger scale. He has taken the UN to task for its priorities. He pointed out that for more than 50 years, 82 per cent of the UN General Assembly emergency meetings have been about condemning one state — Israel, leaving his people to fend for themselves. That expression, the squeaky wheel gets the grease, is true. When we hear about suffering we react. But we must hear it, loud and clear.
I’m left puzzled by the actions of the United Nations and conferences like Durban. Why are the calls for help from the black Africans of Sudan not discussed? According to Deng the UN was well aware of the enslavement of South Sudanese by the Arabs. It took 16 years for UNICEF to acknowledge what was happening. They did nothing until pressured by the Jewish-led American Anti-Slavery Group. I find it ironic that it took a Jewish organization to get the voices of these people into the court of public opinion.

Today, life in North Sudan is still precarious. An economic crisis has led to an intifada-like uprising. President Omar al-Bashir, leader of the Sudanese government, is considered an ally of Hamas and Egypt’s Muslim Brotherhood.
We seem to be choosing to ignore the many who suffer at the hands of Arab/Muslims. Deng has shared his concerns about the West abandoning the “victims of Arab/Islamic apartheid.” Is it fear of accusations of Islamophobia? Beyond the enslavement of black Africans in the 21st-century that is under reported, to the point of being ignored, Christians all over the Middle East and North Africa are under attack. Based on mainstream media reporting, one wouldn’t know the seriousness of the situation.

Deng had the courage to speak at the Durban Conference, a meeting notorious for focusing its efforts on accusing Israel of racism and apartheid, about the “oppression, brutalization, demonization, Islamization, Arabization and enslavement” of his people. It was there that he announced that Black Muslims from Darfur, refugees fleeing “Arab racism” hoping to find refuge in Egypt saw Egyptian security forces slaughter 26 black refugees and continued their journey to Israel “where they knew they would be safe.”

We, as a caring nation, will not be able to help those in greatest need if we are kept from the truth. If as Simon Deng reports, too much time in the UN is spent on resolutions against one country, there is no opportunity to expose the plight of millions of other refugees in our midst.

How many Simon Dengs must speak up before the United Nations picks up its mantle of HUMAN RIGHTS FOR ALL? How many Simon Dengs must speak to truth before the United Nations accepts the truth and responds? How many times can the world commit the sin of omission-the refusal to act on the truth set before them, rather than the stories they choose to believe because of bias, illogical ideology and irrational hate?

Previous: Why Would Oba Of Iwo Be Reasoning Like A 4yrs Old Kid? –
Next: Odu Ifa Oturupon Meji/ Ologbon Meji 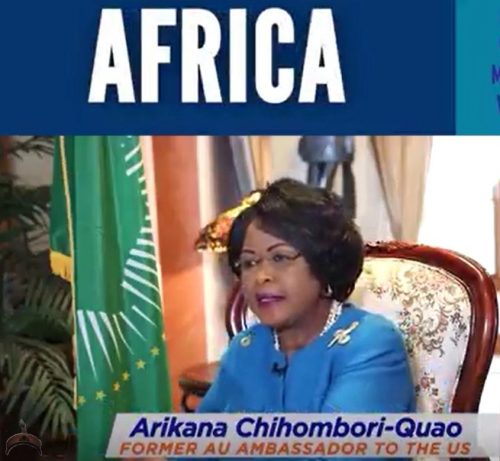 Notwithstanding the infectious colour-coding of humans which is misplaced and disproportionately floored, how can our people develop and improve on their standard of living?