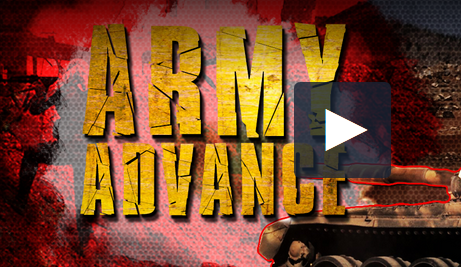 On December 18, the Syrian Arab Army (SAA) and the National Defense Forces (NDF) liberated the village of Ruwaydah in southern Idlib from Hayat Tahrir al-Sham (formerly Jabhat al-Nusra, the Syrian branch of al-Qaeda).

According to pro-opposition sources, the SAA and the NDF were able to take control of the village thanks only to massive air and artillery strikes in the area. The advance followed a series of gains made by government forces in southern Idlib, northern Hama and southern Aleppo.

In southern Syria, Hayat Tahrir al-Sham (HTS) have reportedly started withdrawing from the village of Maghr Al-Meer next to the town of Beit Jinn. If this is confirmed, the SAA will likely establish control of Maghr Al-Meer in the next few days. This will be a major blow to the HTS defense in the Beit Jinn pocket.

“When we talk about those referred to as ‘the Kurds,’ they are in fact not just Kurds. All those who work for a foreign country, mainly those under American command…are traitors,” the president’s office quoted Assad in an online statement.

The US-led international coalition, particularly Washington, has given a military assistance and various supplies to the Kurdish-dominated Syrian Democratic Forces (SDF). Thanks to the US military support, the SDF had seized a notable part of eastern Syria, including the cities of Raqqa and Manbij.

Assad received a Russian government delegation headed by Rogozin in Damascus. He said that the victory over terrorists “has created conditions for accelerating the process of restoring the Syrian economy.”

According to Rogozin, Moscow and Damascus are planning to jointly create a phosphates deposit developer. Russia also plans to use Syrian ports to ship grain to Syria and neighboring countries.