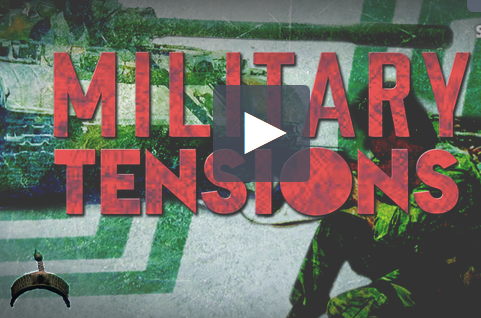 The situation escalates in Syria following the US aviation attack against an Su-22 belonging to the country’s national air force.

The Russian Defense Ministry said that the US move may be considered an “act of aggression,” and announced that it is halting all interactions with the US within the framework on the memorandum of incident prevention in Syrian skies.

“In areas where Russian aviation is conducting combat missions in the Syrian skies, any flying objects, including jets and unmanned aerial vehicles of the international coalition discovered west of the Euphrates River will be followed by Russian air and ground defenses as air targets,” the ministry announced.

At the same time, the US-backed Syrian Democratic Forces (SDF) also joined the blame game by attempting to justify the act of aggression.

SDF Spokesman, Talal Selo, announced that Syrian government forces “have mounted large-scale attacks using planes, artillery, and tanks” against the SDF in the province of Raqqah.  Selo threatened the Syrian Army with retaliation if government forces attack the SDF again.  However, the SDF representative was not able to provide any info about these “large-scale attacks.”  Furthermore, no local sources reported such attacks in recent days, reducing the claim to mere propaganda on the part of the US-led campaign against Damascus.

The Syrian army and its allies launched attacks against ISIS from Ithriyah in the direction of Resafa, aiming to clear the road linking these [two] towns.

If government troops link up with their allies south of Tabqah, they will strengthen positions of army troops in the western part of Raqqah province.  This will allow the clearing of area east of Khansir from the vestiges of ISIS forces in order to boost security of the strategic Ithriyah-Khanasir-Aleppo road.

In the Palmyra countryside, government forces attacked ISIS positions east of the T3 pumping station and near the Arak area.  Heavy clashes are ongoing. ISIS terrorists are attempting to prevent the progress of government forces towards Deir Ezzor.

Previous: Russian MoD declares it will shoot down any aircraft flying west of the Euphrates river
Next: Shoygu reported to Vladimir Putin about successful liquidation of the head of ISIS