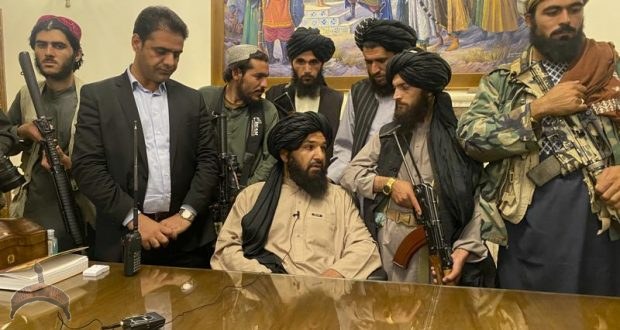 Posted by: BalogunAdesina in Breaking News, World News Comments Off on Taliban entered into Kabul, Afghanistan.

Just a few days ago, the US announced that it will take three months for the Taliban to enter Kabut, but actually, the Taliban took only hours to conquer Kabul. No single bullet was fired, no single person was killed or injured, no war, the Taliban entry into Kabul was one of the most peaceful events in the history of humankind.

Reports from other big cities in Afghanistan, which were taken over by the Taliban for the last many days, are reporting a very much normal life, daily routine is, as usual, ATMs are operating regularly. Women are working in restaurants, girls are going to schools, nothing changed on the ground, except the US-backed puppet government of Ashraf Ghani was replaced by the Taliban.

The general public has welcomed the Taliban and there was almost no resistance. As a matter of fact, the Taliban are true Afghani and were fighting against the foreign occupation of Afghanistan, Ashraf Ghani was only a puppet-like Dr, Najeed backed by USSR in the 1980s.

Few countries, deliberately spreading fake news and distorting the image of the Taliban, but on the ground, the world has witnessed miracles and smooth transfer of power. A general amnesty has been granted to the public, only those who take guns against the Government will be dealt with iron hands.

Unholy media launched a campaign to distort the Taliban image and promoting a negative narrative about the Taliban. But, the world has witnessed a very different picture. As a matter of fact, Taliban leadership is well educated and some of them have been graduated from reputed Universities in America and Europe. They are well equipped with all sorts of modern knowledge, including Science, Technology, Engineering, Economics, Politics, etc. They are not merely religious scholars. They are flying helicopters and using advanced war machinery.

Taliba is not like two decades ago, they have learned bitter lessons and refined themselves. Today, the Taliban are moderate, well educated, moderate, and equipped with all sorts of skills to run a country. They are already in contact with many countries diplomatically including China, Russia, Iran, Pakistan, EU, and OIC countries. They suffered a lot twenty years ago when only three countries recognized their rule in 1996-2001. But this time, it will be much better and they have proved while conquering Kabul.

As matter of fact, It was the US that has been violating the agreed peace deal, and delayed withdrawal, and conducted airstrikes against the Taliban. Whereas the Taliban were obeying the peace deal strictly in true later and spirit, They have not attacked foreign troops during withdrawal. Russian foreign minister termed Taban as “ reasonable (Sensible) People”. The world has seen them as much better people than the Americans.

The American viewpoint that they will not accept any government which captures power by force, is totally unacceptable. Taliban are the choice of Afghan people and welcomed by the general public. They enjoy popularity. While Ashraf Ghani or Hamid Karzai was puppet governments and were not representatives of the Afghan people. They were not popular in Afghanistan, neither were looking after the Afghan interests. Instead, they were serving their foreign Masters and making money in return. Ashraf Ghani Government was one of the most corrupt Governments.

The US spent two decades, spent trillions of dollars, raised the Afghan National Army of 400,000 troops, but count not resist against Taliban. It is not the humiliation and defeat of puppets. but also the masters. A defeated Army has no moral grounds to comment like this. Taliban are the winner and are in a strong position. They deserve to set terms and conditions. It is just like a case where Germany and Japan have no option except to obey the terms and conditions after losing in World war II.

It is feared that spoilers like the US, India, Israel may try to destabilize the Afghan and sabotage peace in Afghanistan. Especially, the US’s vital interests to contain China and counter Russia may create unrest in Afghanistan.

In fact, The US destroyed the infrastructure in Afghanistan and damaged the economy, and has pushed the whole country into the stone ages. It is appealed to the International Community and the UN to initiate a trial against America for war crimes and humiliation to humankind in Afghanistan. A war compensation must be fixed on America to rebuild the war-torn country. 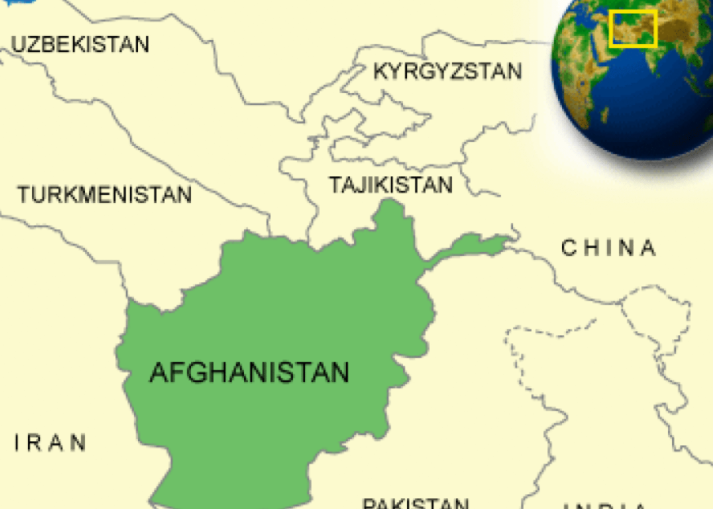 The Rise of China and Threats in Afghanistan

by Ihsanullah Omarkhail  for the Saker blog China’s development has attracted worldwide attention in recent years. The growing economy and advances in military buildup are heatedly debated around the world and particularly in China since it opened up its door to reforms in 1978. Moreover, China has attracted billions of dollars in investment from abroad and trillions of dollars in domestic private investment. A dozen years ago, China barely had mobile communication service;.it now claims more than 300 million mobile phone ...