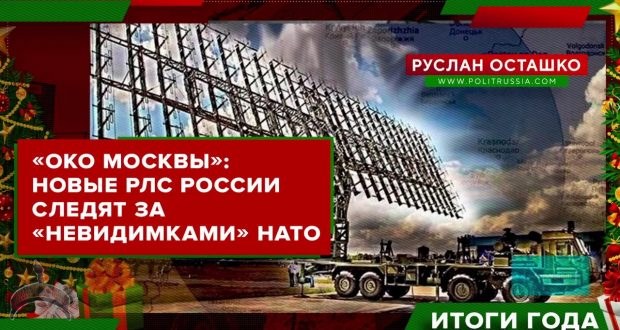 Captioned by Scott and Leo

You know these secret USA satellites, those that still haven’t presented the west with a single image of the moskal hordes in the Donbass? What do you mean you don’t know about the secret satellites and the total dominance of the advanced Pentagon over backward Russia? You are probably just cursed vatniks that do not pay due attention to the filtered newsfeed of American propaganda.

There is no place where the might of the West is felt stronger than Zuckerbook, democratically moderated by euro-ukros, and sumerian websites like censor.net.ua. Whoever wants to immerse themselves in the wondrous fantasy world e.g. the War of the Rifle Against the Laser, can ask the forelocked ones and their imaginary colleagues like the fake Pentagon analyst David Jewberg.

All other people living in the real world, instead of their personalized newsfeed world, are kinda aware of the fact that the generally technical or specifically military superiority of the West over Russia is no more.

Our weapons manufacturers regularly crank out lots of cool items: from the new carbine for special ops to Radio Detection and Ranging equipment that have no analogues in the World.

Let’s see what the foreign press wrote on the topic in December. For example, let’s look at the text from one Iranian website.

Source: Akharin Khabar (Iran): “The Russian Ministry of Defense has reported that it is realizing a project that will allow Moscow to be aware and able to control any military preparations and movements in adjacent states. Specifically, it will allow Moscow to track the launch of combat airplanes and ballistic missiles – not a single missile or plane will be able to take off without Moscow knowing about it”.

“The statement was specifically released by the Russian MOD for Russian state media and tells of a new type of radars that will be able to track the launch of stealth-type planes even at distances of 3000 km.”

The concept of invisibility is one of the cornerstones of American military doctrine that says you have to strike first and have some crafty method of avoiding retaliation. Stealth technology was supposed to be this crafty method. However, something went wrong, and the F-117 plane fitted with this technology was taken down in 1999 by the long-suffering Serbs.

video of plane takedown. 2:39 – commentary: “On March 27, 1999 a stealth plane was taken down in the sky over Yugoslavia. It was hit by a missile from a KUB anti-aircraft system, which was used in the USSR since 1967. The stealth fighters forever lost their super-plane status.”

But what happened is not important. What Hollywood showed after that is important. Right? This is why the sumerians and other American lackeys are convinced that the Americans can kick anybody’s ass in the Pentagon’s cowboy style. The cursed moskals are certainly lying about their radars. Right?

Source: Akharin Khabar (Iran): “One of the most important goals of the new radar system is tracking and monitoring such targets as scrambled bombers, cruise missiles, planes that took off from the ground or from the deck of an aircraft carrier, as well as military aircrafts concealed inside other carriers”.

“The Russian MOD stated that among other things, the system is directed at creating a radar-locating field along Russian borders with the goal of identifying cruise missiles in flight. This statement was released shortly before the NATO Summit, where various means of countering a Russian invasion and the Russian threat were supposed to be discussed”.

The Iranian news site does not give the names of our new radar systems, but it is not hard to figure out what they are talking about. Please welcome…

Soon the sky over the south of the country will be covered by the newest, high-power “Niobiy-SV” (Niobium-SV) Radio Detection and Ranging station.

Source: Zvezda TV channel: “This station, developed by the Scientific Research Institute of Radio Engineering in Nizhny Novgorod is in fact unique. According to some sources, the Niobiy-SV can “see” in the sky objects of one square meter in size at a distance of 230 kilometers. At the same time, the target can be at tens of thousands of meters above the Earth’s surface. Another unique capability of this station is tracking a target moving at a speed of 5400 km/h”.

And the main benefit of this station – the Niobiy-SV can simultaneously track 300 targets. The new Russian system can track all types of aerial targets, from small unmanned drones to helicopters and planes of the adversary. The VHF band of the station allows it to track the newest vehicles equipped with stealth technology. In effect, it is a real stealth hunter.

Think this is the only novelty of the Russian technical school of thought, which Herman Gref believes to be retarded? Think again – there are others.

Russia has fielded the over-the-horizon “Podsolnukh” (Sunflower) radio detectors in the Far East and the Baltic direction according to Kirill Makarov – the director of the design bureau of the Scientific and Research Institute for Long-Distance Radio Communications (NIIDAR) that developed these stations. Thus, these systems are now operational in three areas – they were previously installed in the Caspian region. The Podsolnukh station is capable of detecting targets below the so-called radio horizon – the most extreme characteristic for radio detectors. There are two variations of this complex – for the Russian armed forces and for export. The characteristics of the Russian version are unknown, however the NIIDAR website has specifications for the export version.

Source: RT: “According to it, the radar envelope of such a system is 450 km and the field of vision is 120 degrees. It can simultaneously track up to 200 waterborne and 100 airborne targets. The radar is also capable of identifying ships and planes equipped with stealth technology at nearly the same distances as the ordinary ones”.

In the end of last year, the same NIIDAR gave another item to the military – the first example of the over-the-horizon Konteyner (Container) radar.

Kirill Makarov. NIIDAR General director: “The station uses the phenomenon of reflection of decameter range radio waves from the ionosphere. However, this radar has a so-called blind-spot. It is 900 km in size, so it was decided that it will be placed deep in the country. This allows the station to remain safe and control the airspace of neighboring states.”

Makarov also reported work on systems that will be able to detect unmanned aerial vehicles made of plastic or wood.

If we search for one encompassing term for everything we listed and that remained offscreen, I can propose the name “The Eye of Moscow”. This Eye makes certain that Russia never suffers the same fate as poor Yugoslavia and that our sworn partners in the West, who very much value the safety of their… asses… do not again feel any impulse to try and organize a blitzkrieg for us. Let’s thank the great Russian gunmakers for the peaceful sky above our heads. Because of the labors of these people we can go on about our business trying to make life in Russia even better.

Previous: Kwankwaso Wants To Return To APC — Ganduje
Next: I will not let Hillary intimidate me or other patriotic Americans into silence