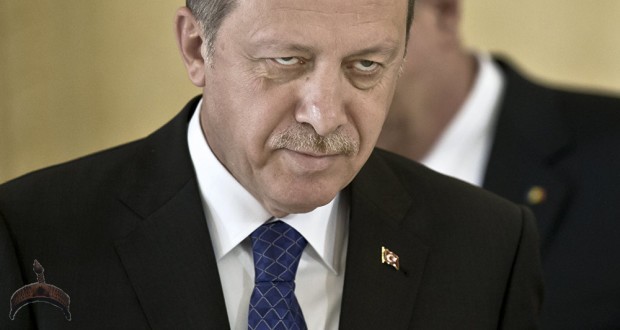 By Aram Mirzaei for The Saker Blog

After weeks of belligerent rhetoric and preparations, Turkey finally invaded Afrin last week. It came as no surprise that Turkey would go for this vulnerable Kurdish-held region in north-western Syria first. So how does this affect the war? Previous Turkish incursions have been limited and aimed at stopping what Ankara deemed to be Kurdish expansionism right at Turkey’s border. Turkish President Erdogan has recently said that this incursion won’t be limited to just Afrin but could also target Manbij, another YPG/SDF stronghold in the eastern parts of the Aleppo province. Operation “Olive Branch”, which has seen Turkish backed jihadist groups being involved as well, is aimed at destroying the Kurdish held Afrin canton. Capturing the Afrin canton would be a strong boost for the Jihadist forces in northern Syria as that would link up the Idlib region with the northern Aleppo region once more (the lines were severed during the Syrian Army’s 2016 northern Aleppo offensive).

So what does this move mean for Washington? This situation has pitted two U.S allies against each other in what almost sounds like a funny situation if it weren’t for the tragedy behind it all, which leaves Washington in an awkward position. Washington must now choose between Turkey, a long time NATO ally, or the Kurdish militias who have been Washington’s closest partner in Syria. The answer should be clear to anyone who has a basic understanding of the politics of the region. It is absurd to think that Washington would intervene against its NATO ally, thus undermining the entire alliance and what it stands for, and sure enough Washington made its choice after Pentagon spokesman Adrian Rankine-Galloway, threatened to cut US backing if any SDF units would go to Afrin to defend the Kurdish held towns. On Tuesday an YPG spokesman pleaded with the US for protection against the invading Turkish forces and their proxies but to no avail. What did the Kurdish leadership expect?

Erdogan was also emboldened by the generally indifferent international responses to Turkey’s recent operation. Washington and Europe have expressed “concern” and are calling for “restraint.” More importantly though, they are expressing an understanding of Turkey’s needs to secure its borders.

Noting that Turkey was the only NATO member with an active insurgency inside its borders, US Defense Secretary James Mattis told reporters as he was flying to Asia that “Turkey had legitimate security concerns” in Syria. Mattis also said Turkey had acted “candidly” and advised Washington before launching its operation, adding that they are “working now on the way ahead.” Turkey also informed members of the United Nations Security Council and countries with a stake in Syria, such as Iran, of its intentions in Afrin before mounting its operation. Except for some comments about Iran’s wish that the Afrin operation would end quickly, Tehran has remained silent on this matter, indicating indirect approval of this operation.

It is also evident that Ankara got a nod of approval from Moscow, despite Russian Foreign Minister Lavrov’s description of the operations as “mad”. Moscow stated that it was closely following the situation in Afrin and was concerned by the news about the Turkish military engagement in the city. The Russian Ministry of Defense said that Russia was withdrawing its troops from Syria’s Afrin, the target of the Turkish offensive. It is clear that Russia won’t stand in Turkey’s way as the consequences would be disastrous and all the hard work Moscow has put into the de-escalation zones would be undone.

This offensive could be seen as a form of a blessing in disguise for the Russian-Syrian-Iranian alliance despite its short term implications. Washington would not allow the Syrian Army and it’s allies to engage Washington’s SDF proxy forces, but having Turkey doing that work for them means that Washington cannot intervene with force against its own ally. Thus replacing the SDF with Turkish backed jihadists offers Syria and its allies a chance to engage these proxies in the long term without having to worry about Washington’s reactions. Whatever Syria and its allies express overtly, there’s no denying that the Moscow-Tehran-Damascus axis is not so worried over Turkey’s moves.

Ankara’s move gives Washington a bit of a disadvantage as Washington is now forced to show its true colours to the Kurds. The only way Washington would be able to save some face would be if they’d make a deal with Ankara that would divide northern Syria into zones of influence where Turkey would have influence over Idlib and Aleppo regions while the US would hold influence over the land East of the Euphrates. Despite Ankara threatening to attack Manbij as well, it seems Erdogan has to settle in the end for the territory it gained from the YPG and ISIL with Operation Euphrates Shield and its current operation — unless, that is, it decides to strike Manbij and the lands east of the Euphrates held by the YPG with US troops to support them. That scenario seems highly unlikely as it would mean a direct confrontation with US troops stationed in Manbij.

In the end, the Kurds will be the big losers of these turn of events, because they have failed to draw lessons from their own past where imperialist forces have used them as proxies and then abandoned them. The Kurds are being punished today for putting their faith in the wrong people all these years.

Previous: Listening to Mattis
Next: The end of French artistry: ‘Labor capitalism’ comes to France in 2018