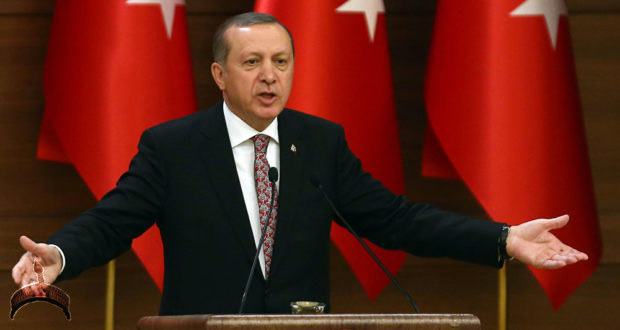 Posted by: BalogunAdesina in World News Comments Off on Turkey’s President Erdogan Lands in Istanbul, Will Address Nation Amid Coup

Turkish President Recep Tayyip Erdogan arrives at Istanbul’s Ataturk International Airport in a bid to address the nation and reestablish control over the government after a coup attempt was unleashed on the country during his vacation.

An aircraft carrying President Erdogan has landed at Istanbul’s Ataturk Airport according to presidential sources. The Turkish leader whose control over the country remains tenuous at this hour will address the nation in an effort to get the people to rise up in an effort to quell an ongoing coup plot.

During the early hours of the coup President Erdogan addressed the nation via CNN Turk calling into the Western media outlet by FaceTime after military leaders had seized the TRT News station along with the bridges and Ataturk International Airport. At this hour, forces loyal to Erdogan have gained ground against the coup plotters who they accuse of being a handful of Gulenists inside the military although pictures coming in from the region suggest that the attempt to overthrow the government may be more serious.

A massive blast has been reported at the Ataturk International Airport only minutes after the arrival of President Erdogan. The status of the Turkish leader is unknown at this time.